Pat Keenan on happenings in around the capital

‘I saw you on the Nine O’Clock News last night,’ There were many phone calls and people stopped me in the streets. Fame at last. There is the oft-quoted Andy Warhol prediction: ‘Everyone will be famous for 15 minutes’. My television debut (…and swansong) fell short of that by as much as fourteen minutes. Less quoted but perhaps more appropriately, Warhol added: ‘art is what you can get away with’ It was one of those lighter wrap-up pieces RTÉ often use to end the nights news.

The year was 1999 and there I was on the telly, bald headed, being interviewed in front  of the flashing ‘Why Go Bald’ neon sign at the corner of South Great Georges Street and Dame Lane. ‘A landmark well-known to Dubliners over nearly four decades has been restored to its former glory’ intoned Ann Doyle, ‘the city centre neon sign, which had been destined for the rubbish tip, was switched on this evening for the first time in five years.  I hadn’t quite realised just how renowned it had become. The news mentioned it was used as a background in movies, the likes of  A Man of No Importance  and  Educating Rita. And to settle the matter conclusively, they announced it was U2’s Bono’s favourite Dublin landmark.

The sign had ceased to function, and the owners decided it may have fulfilled its  purpose and the costs to repair were too high. They decided to have it removed and dumped. This prompted a preservation group called the 20th Century Trust to start a campaign to have it saved and restored. They organised public support, rallied the  help of some influential names and finally managed to get Taylor Signs, who originally built it in 1962, to have it fully restored free of charge.

All those years ago, just fresh out of school I was trying to start a career in advertising or design. I managed to secure a job in Taylor Signs as a salesman. I was a terrible salesman, just hadn’t the brass neck for cold canvasing. But thankfully Taylors recognised I had some artistic skills. So I became a salesman/designer. One day a sign enquiry came in from the the Universal Hair and Scalp Clinic and Taylors despatched me to meet and discuss signs with Sydney Goldsmith who had just opened his Dublin clinic. He already had two hair and scalp clinics in Britain – in Liverpool and Brighton. In essence he wanted a snappy and memorable neon sign with a ‘why go bald’ message,,,  and the rest is history.

I returned with my brief to Taylor Signs, then they had a factory along the side of the canal in Portobello. The rest of the day was spent designing a neon sign. Looking back now, the design may have been influenced by my dad’s safety razor blades – anyone remember ‘Mac Smile’ blades? They came wrapped in a sleeve featuring a bald man with a dark chin stubble but when inverted the man was clean shaven and his chin stubble became the hair on his head. Something similar could be achieved using the flashing properties of neon, a sequence that would turn a frowning bald man into a smiling one with a full head of hair.

In those days the design would be presented to the client painted on a black colour board, representing the night darkness. We would then use an artist pointed brush to apply the sign design using gouache watercolour paint. The neon ‘glow’ was added using an airbrush spray gun and piston compressor. The flashing sequences were shown using gouache on clear acetate overlaid sheets – a sheet for each flash. Moving the sheets up and down quickly would demonstrate the flash effects.  I recall that to render watercolour paint on to shinny acetate required mixing in large quantities of soap. Those were the days !

Days later I returned and presented the design at the Universal Hair and Scalp Clinic. Sydney gave his approval and ordered two signs – one for South Great Georges Street and one to be shipped across the Irish Sea for his hair and scalp clinic in Liverpool. I wonder what ever became of the Liverpool sign. Now and for the future the upkeep of the ‘Why Go Bald’ sign is publicly funded and secure. 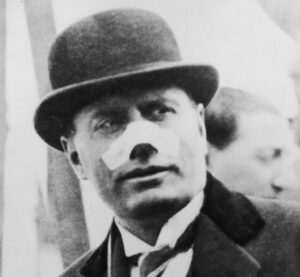 A plaque honouring Violet Gibson, the Dublin woman who attempted to assassinate Italian Fascist leader Benito Mussolini is to be erected by Dublin City Council at 12 Merrion Square. Although born in Dalkey this  is where she spent most of her young life. She came from a privileged background, her father Edward Gibson, 1st Baron Ashbourne and Chancellor of Ireland lived and worked at this address.

The assassination attempt took place after the opening the International Surgical Congress in Rome on April 7, 1926. Mussolini was back in his car passing cheering supporters when Violet Gibson, 49 years old at the time, ran out and fired a revolver at almost point-blank to his face. Two bullets were fired, the first grazed his nose, the second shoot misfired, the bullet catching in the gun’s chamber. Enraged Mussolini supporters set upon her, kicked, beat and almost lynched her. Police intervened and dragged her into custody.

Mussolini was not Violet’s first shooting victim and her first victim also survived. Just a year before she survived her own attempted suicide – this bullet bounced off one of her ribs. Poor Violet led a sad life and a series of tragic events spiralled her descent to mental instability, Her sister Constance talked of the death  of their brother Victor: ‘found dead, whether by his own hand or that of somebody else, has never been cleared up to our satisfaction’ She described her sister as cultured, clever, and artistic but also a girl of extremes. She became a Roman Catholic convert, attracted to aspects of Catholicism that encouraged self-mortification – hair shirts, self-flagellation and fasting. The attempt on Mussolini was, she said ‘for the glory of God.’ But, she might also have had another victim in mind. According to her friend, the novelist and fellow convert Enid Dinnis. she may have travelled to Rome to kill Pope Pius XI, someone for whom she had the utmost contempt and on the same visit she tried and failed to get an audience with him.

Remember that at this time, before the war, Mussolini was seen by many in a better light. He had after all been awarded the Order of the Bath by King George V of England. The President of the Executive Council of the Irish Free State W.T. Cosgrave, wrote to congratulate him on his survival. Her father Edward Gibson, Lord Chancellor of Ireland was a close friend of British prime minister Benjamin Disraeli and this could have had some bearing on her release from prison by Mussolini and her subsequent deportation back to Great Britain where the rest of her life was spent in at St Andrew’s mental asylum in Northampton. There were attempts to have Violet released, arguing that political history had come round to her initial conclusions. Two decades of treatments at St Andrew’s asylum failed. She died there aged 79 years on May 2, 1956,

Four people attempted to assassinate Mussolini, she came closest. Twenty years after her assassination attempt Mussolini along with other Fascists were lynched and hung upside down from the roof of an Esso gas station in Piazzale Loreto, Milan.

Lord Ashbourne, a lifelong member of the Kildare Street Club, Dublin, died in England 1913, was cremated at London’s Golders Green Cemetery, later his ashes were returned to Dublin and interred at Mount Jerome Cemetery and  Crematorium in Harold’s Cross. Violet Gibson accompanied his ashes home and attended the funeral service at Mount Jerome. It was her first time back in Dublin since 1902 and her last.

Bishop Berkeley and Trinity College’s links with the slave trade 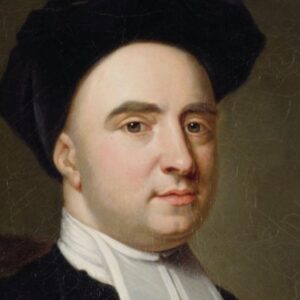 Last year, at the height of the Black Lives Matter protests, Trinity College began to examine its links to the slave trade. They didn’t have too far to look – beginning, as you would, in their own great library – the Berkeley Library named after George Berkeley, Ireland’s most celebrated philosopher, an Anglican bishop of Cloyne… and a slave-owner.The same Berkeley gives his name across the USA, Berkeley University in California, City of Berkeley and Yale University in New Haven, Connecticut has links too.  Yale researching their own slavery links turned up some details of Berkeley’s American ‘missionary project.’ That began with the purchase of a a 96-acre plantation in Rhode Island. Berkeley named it Whitehall ‘in loyal remembrance of the palace of the English Kings from Henry VIII to James II.’ They found that in 1730 Berkeley purchased ‘a negro man named Philip aged 14 years or thereabout’ and later ‘a negro man named Edward aged 20 years or thereabouts’. The Yale researchers further found he had ‘baptised three of his negroes’ – in what appears to be Berkeley’s attempt at justifying slavery on grounds it would lead to Christian conversions – clearly a view of its time, but many of his compeers strongly condemned the slave trade. By the way, his feast day is on June 16 and still observed by the US Episcopal Church.

Mary gets her place name.. 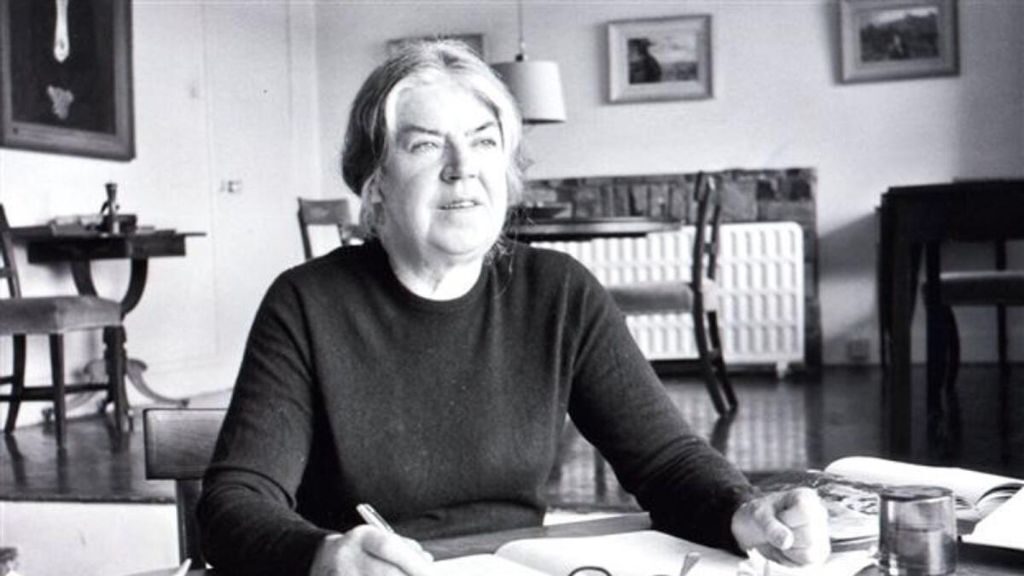 In March a public square near Dublin’s Grand Canal was renamed Mary Lavin Place. Appropriately the quarter acre square leads to 11 Lad Lane, where she lived and worked for 23 years. It was the first time an Irish woman writer was so honoured.

Mary encouraged friends to drop in if passing. Her Lad Lane mews became a meeting place for many a bohemian gathering. Frank O’Connor was a neighbour. Other regulars included Benedict Kiely, Seán Ó Faoláin, Padraic Colum, a young John McGahern, Nuala O’Faolain, Colm Tóibín, Eavan Boland and of course Patrick Kavanagh, commemorated not far away on his canal bench. Paul Durcan even referred to her mews in his poem No Flowers (from Crazy About Women collection published by the National Gallery of Ireland).

The night I won the Eurovision Song Contest