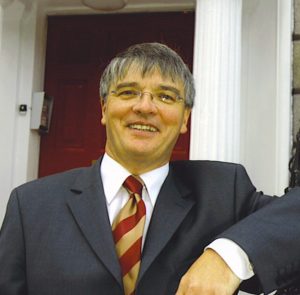 Paul Kenny, former Pensions Ombudsman now working with the Retirement Planning Council of Ireland, jokes that the Irish public pension system is, ‘a classic example of, if I were you, I wouldn’t start from here’.  A system that has grown up over many decades in a piecemeal fashion is often a victim of the law of unintended consequences. This is amply demonstrated by the recent controversy over pension entitlements, particularly as it relates to women.

First, though, we need to understand the basic rules – how to qualify for a State Pension (Contributory). You need to have paid a minimum number of contributions at one of the qualifying PRSI classes, and you need to satisfy an “averaging” test, which dictates how much your pension will be. If you don’t have an annual average of 48 contributions, between those paid and credited, from 1979 onwards, then the average is computed over your whole lifetime of contributions.

To track one’s way through all this, it’s helpful to take a step back to 1997 when the decision was taken to make access to pensions more difficult. It was agreed that the minimum number of paid contributions would increase from 260 to 520 at Class A or Class S (for the self-employed). However, this couldn’t happen overnight so a future date of fifteen years hence was set – 2012 – for implementation.

And then the Financial Crisis of 2008/2009 happened. The country was in severe financial straits with government looking for blocks of savings everywhere – a reduction in pension payments was an obvious candidate. The requirement for 520 paid contributions instead of 260 kicked in in 2012.

A second development was the introduction of new bands of payment. Previous to 2012 there were only four bands of payment so there was little difference in the rate between the top and bottom band. The increase to six bands meant those who had small averages of payments got much smaller pensions. The maximum pension is paid if your average is 48 or over.  Between 40 and 47 it only goes down by 2%. If your average is less than 30 it begins to fall quite steeply, and those in the lowest band with an average of 10-14 , only receive 40% of the maximum pension.  An average of less than 10  gives no entitlement.

The upshot of these changes meant that some people were then deprived of a pension since they found they didn’t make the minimum of 520 paid contributions. The effects of averaging means that, for example, if you had a summer job at 18 and entered the PRSI system but then came out of the system because you went to university or left the country or, in the case of many women, left employment for long periods to raise families, it was difficult to build up your average.

Such anomalies happen when practical cases throw up outcomes that were not immediately visible and certainly not intended. For example, under the averaging system, it is possible for people to enter the system very late in the day, at say 55 years (you must make paid contributions before the age of 56), work consistently for 10 years, achieve an average of  48 payments per year and then qualify for a full pension. However, those who might have entered the system early but for whatever reasons came out, could struggle to make the 520 contributions over their working life, and certainly would have lower averages, thus reducing any entitlement they might have.

Women are disproportionately affected since they are the ones most likely to opt out of the workforce to raise children or act as carers. It is estimated that 62% of women as opposed to 38% of men have been negatively affected in this regard. Indeed until 1973, the marriage bar within the Public Service (an imitated by many private sector employers) compelled women to leave their jobs. The question of time out for childcare was addressed somewhat when a system of disregards was introduced after 1994. If you – usually a woman – were raising children under age 12 after April 1994, that period (maximum 20 years) is disregarded when calculating the average. This had the effect of increasing your average, thus possibly increasing the amount of your pension entitlement. Issues around equality and discrimination in relation to women make this a very sensitive area.

That is not to say that a new system based on total contributions is in itself perfect. A first look already suggests anomalies could arise whereby a person out of the workforce raising children could actually get a smaller pension than in the current system. It is likely that credits for those absent for legitimate reasons from the workforce, i.e. providing childcare for the nation’s children, would need to be introduced. Nonetheless, a total contributions system is regarded as inherently fairer if any anomalies can be adequately addressed.

Politically the move to a new system had been off the agenda as it was regarded as too expensive. However, Regina Doherty, Minister for Minister for Employment Affairs and Social Protection, in an Oireachtas exchange with Deputy Willie O’Dea from Fianna Fáil, stated that, ‘it is my intention to bring forward the total contributions model for the calculation of pensions from 2020 onwards’ (https://beta.oireachtas.ie/en/debates/debate/dail/2017-11-07/11/). Moving to such a system and addressing the legacy issues around averaging contributions has financial implications. For the Government to underwrite this move, it will need to find a new income source to fund this expenditure.

All in all, as Paul Kenny, comments, ‘we are where we are, what we have got to do now is to examine the present system, and any proposed system, minutely and deal with any practical examples that it will throw up’.  Those who have already retired and may be suffering and those who are to retire shortly should continue to raise this issue with their local politicians. Too many people are being affected – and women disproportionately to allow it to disappear.  RPCI discusses State pensions as a key component of their pre-retirement courses. Something to bear in mind is that attendance at a course means that afterwards the attendee can  consult RPCI on any retirement related issue including pensions at any time, free of charge.