Mairead Robinson enjoys sparkling wine from The Garden of England 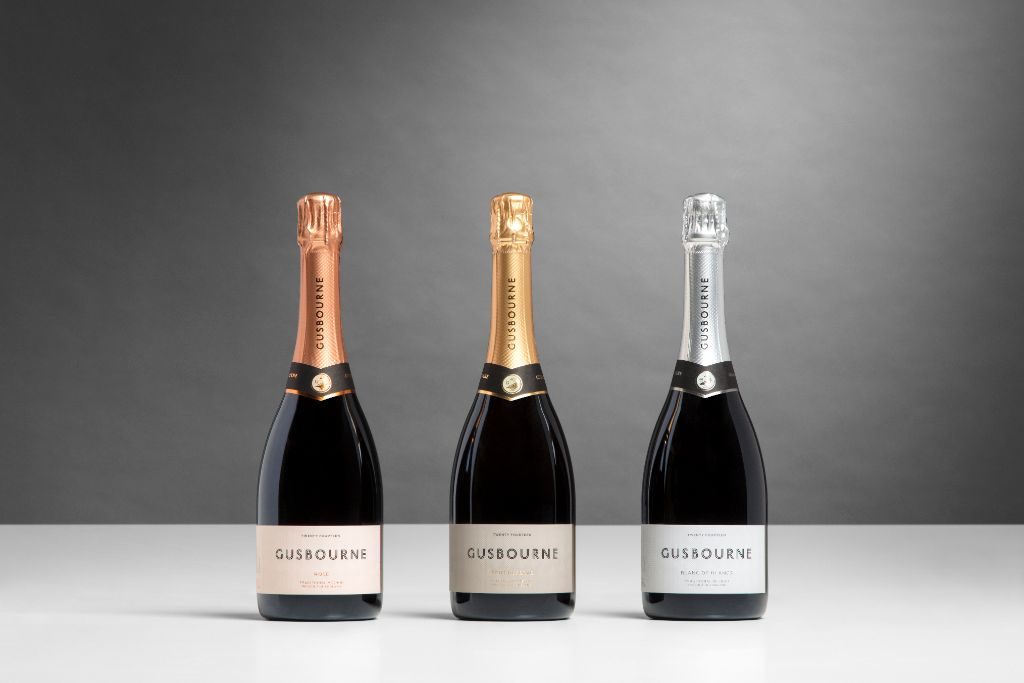 When it comes to sparkling wine, no other European country can rival Champagne’s depth, intensity and finesse, although Prosecco has certainly made a big impression in this country. Personally I generally prefer a good Cava to Prosecco, although if the Prosecco is dry enough, I will be tempted. The Aussies have done quite well too, with Jacob’s Creek in particular being a respectable enough bottle of bubbles.  But who would have thought that the south-east of England would have been growing the classic Champagne varieties Meunier, Chardonnay, and the notoriously contrary Pinot Noir grapes for some years now, and the resulting wines have begun to attract the attention of their French neighbours from across the water?

English wine is growing in popularity and is increasingly recognised as a premium wine-producing region, with more than 450 wineries and around 3.15 million bottles produced per year.  Indeed, 2018 saw a bumper harvest with yields doubled in some places. Whilst vineyards are found across the whole of England, the climate of the South and South East makes it a particularly popular region for growing vines, especially in Hampshire, Sussex and Kent. Wine production in the UK has not been taken seriously historically due to the cold climate, but yet vineyards planted across Southern England and Wales and also close to the English Channel have enjoyed a level climate that has proven to be very successful.

About 4,000 acres (1,600 ha) of southern England and Wales’ best-exposed land (sheltered, south-facing slopes) are planted with vines and enjoy the moderating influence of the Gulf Stream. Wine has been produced in the British Isles for centuries but the modern English wine industry dates only from the 1950s, when some landowners began to plant vines and try their hand at winemaking. 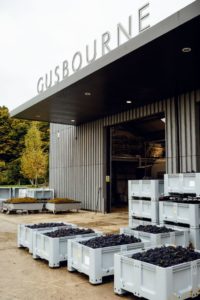 The industry today is much more professional and most wine is made by young, qualified winemakers who usually have experience of cellars in other countries. Because of England’s cool climate, only early-ripening vine varieties stand a chance of reliably producing a crop. After the Champagne grapes Chardonnay, Pinots Noir and Meunier, the most planted varieties are therefore the hybrid Seyval Blanc, the German crossing Reichensteiner, Müller-Thurgau and the increasingly successful aromatic Bacchus. But there is an enormous range of white and some red wine varieties, including Dornfelder and Rondo, still occasionally ripened in special plastic tunnels. However, it is the Champagne varieties that are of real interest, and I recently had the great pleasure of trying some of the best, from Gusbourne winery in Kent.  Such has been their success in producing bottle fermented sparkling wines, that their classic production method has attracted international praise.  Their mission is simple yet very direct – to create the finest wines in the world!  They achieve this by embracing tradition while also challenging convention – a very modern success story.  Their estate dates back to 1410, however it was in 2004 when Andrew Weeber took over with a vision to create English sparkling wines that would stand up alongside the very finest offerings from across the globe and so the first vines were planted. It was not until 2016 that their debut vintages from 2010 were released earning them immediately a reputation for outstanding wines.

Their three wines which are now imported into Ireland by Classic Drinks are Blanc De Blancs; Rose and Brut Reserve.  The Blanc De Blancs 2013 is a direct, elegant and fresh wine and is made exclusively from their estate grown Chardonnay grapes.  It is very much to my taste, with a distinct note of minerality.  Winemaker Charlie Holland describes it as the ‘truest expression of our terroir with both finesse and elegance but also the requisite qualities for extended ageing.’ This wine has a bright golden colour with a delicate mousse, and aromas of green apple and citrus and a buttery richness from the lees ageing.  It has received no less than thirty awards to date.

Gusbourne Brut Reserve 2014 is considered a more robust expression of this winery with a bright gold colour and aromas of cherry and strawberry.  It is clean and fresh on the palate and is made with a classic Champagne blend of 60per cent Pinot Noir, 22 per cent  Chardonnay and 18per cent Pinot Meunier. This is their best selling wine and spends a minimum of thirty six months on lees and three months on cork before release. This is a real winner, which equals some of the best champagne on the market.

And finally Gusbourne Rose 2015 is a delicate pink in appearance, with soft summer berries and floral notes. The palate shows bright red fruits and it has a crisp freshness and creamy, rounded texture. A wine from the heart of the English countryside, this is one for summer days ‘typical of the garden of England’.  Enjoyed best with fresh salads, cheeses and of course summer fruits. It has received 13 awards to date.

Without doubt, these English sparkling wines are serious rivals to Champagne and summon up the very best of serious wine making from across the water. All are perfect to be enjoyed in summertime with outdoor food and sunshine and equally at Christmas and to welcome in the New Year.  In fact any occasion at all when you want to celebrate with a special bottle. I was indeed very impressed and am mapping out all upcoming special occasions in our family calendar where we will celebrate with these wonderful wines.  www.gusbourne.com