Michael Judd, a professional actor in his mid-50s, has been working in Irish theatre film and TV since the 1980s. Like many others in that decade, he emigrated to the US and the New York stage in particular, where he worked for a period of 14 years. While in New York, he co-founded the theatre company Banba’s Crown with his wife Sinead Colreavy and four other actors. In 2002, he returned to Ireland and has taken on many roles including that of Oscar Wilde in his and Sinead’s own adaptation of Micheál macLiammóir The Importance of Being Oscar.

Michael is also a recent graduate of PRIME – an initiative of Irish Theatre Institute (ITI) in association with Age & Opportunity’s Bealtaine Festival – which offers bespoke training to a group of older theatre actors to allow them further develop their own professional skills including their digital skills.

Do you think that PRIME was a help to you?
A friend of mine told me about PRIME. We had worked together and I knew he was very focussed on his career. ‘Michael’, he said, ‘you have to pull your horns in and realise that there are aspects of this business that you are totally unaware of’. That opened my eyes. PRIME was very instrumental in sharpening my skills in the digital skills because the whole profession of acting has changed.

What is the most important change for you in terms of how you use digital technology in your acting career?
When on the PRIME course, we met with casting agent Maureen Hughes and she said to me ‘Michael’, I know who you are but you don’t have any online presence. I won’t think of you when casting someone if I don’t see you online’. I now know that creating an online presence is important. You have to keep updating yourself, out of sight out of mind.

What do you think about the new requirement to tape audition pieces?
They are new methods of communicating with people. Prior to digital, face to face auditioning was usual but now I can upload pieces directly to casting agents. People only see you now when they have viewed your work online. You might have been called in before but you could have been completely wrong for the part.  Now I can do showreels of work I have done.

Do you think this is a better way of working?
With digital you can send your stuff over to the UK for example and they will only call you if you are on a narrow list. Before this you would have had to be resident there to look for work but digital has opened up more areas to work in. I have done voice overs in Ireland but now if they are looking for a genuine Irish voice in America, it’s possible to record your voice and submit to specialised websites.  The acting profession is still very competitive but now you have a wider net of opportunities to choose from.

What digital technology do you use?
I do have an internet radio and I love it. I can listen to public radio from Washington. There’s also great talk radio from New York. A friend of mine, Malachy McCourt, does an art programme every Wednesday which keeps me abreast of what’s happening there.

That’s another thing about digital. We set up a theatre company when I was in New York and have recently revived it. We have a website and now I can SKYPE my acting friends. We can talk and work out ideas from home but there is nothing like meeting face to face. The technology is a valuable tool but I know some actors don’t want to go down that route but you have to if you want to remain viable. I have to get a smartphone soon!

Final thought…
I heard the musician, will.i.am, say recently on The Voice that it’s never been an easier time to upload your stuff – do it, don’t be waiting for permission. The older you get you do realise that you have a uniqueness; you have more to talk about. You never grow old in showbusiness!

Michael will be appearing in The Importance of Being Oscar at Bewley’s Theatre, Powerscourt Centre, Dublin 2 for five weeks in June 2016. More details on www.banbascrowntheatre.com 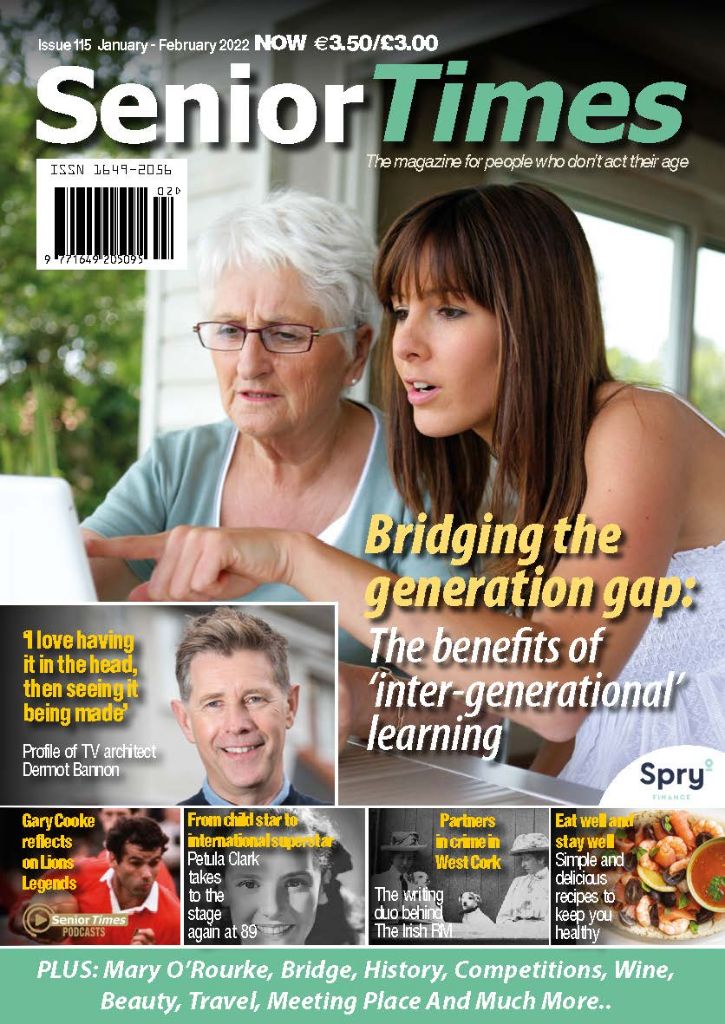