Aubrey Malone traces the life and times, so far, of Gabriel Byrne

It would be difficult to find an actor with more integrity than Gabriel Byrne. From the days of his television apprenticeship at the not-too-young age of 29 to his present status as a member of Hollywood royalty and one of Ireland’s national treasures, the soft-spoken Crumlin man has negotiated the tripwires of Hollywood’s poisoned goldfish bowl with his quiet charm. 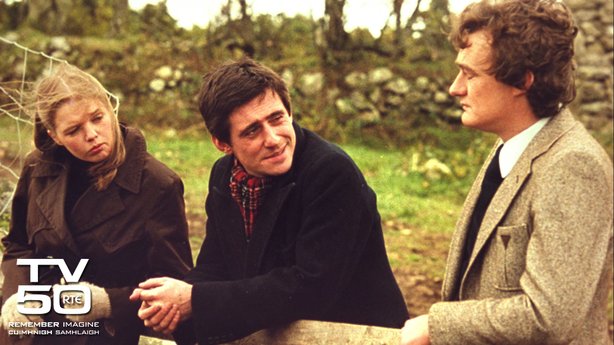 This is partly due to his disenchantment with it: ‘The monster is eating its own tail now. It will eventually annihilate itself.’  Dublin was a good preparation for it: ‘It can be a very bitchy, back-stabbing, gossipy backwater.’ He loves coming back here but doubts he could live here again for a long period.

His incredible career has netted him too many accolades to mention. They culminated in a Lifetime Achievement Award from the Irish Film and Television Academy in 2018. He turned 70 last year and his film tally equals that figure. He now sits at the top of the film world like an elder statesman, the wise man on the hill delivering paternalistic soundbites to his many acolytes, whether they’re ‘in treatment’ or not.

Despite all his Emmys, his Tonys, his Golden Globe and so many other awards and nominations, when you mention Gabriel to people they don’t tend to point to any one film or theatre or TV performance as his signature tune. In other words there’s no one film, play or TV series that stands out as giving us the epitomic Byrne performance.

The gems of richness are scattered pell-mell throughout a cavalcade of work that feature different aspects of it. There are very few turkeys in that canon which is unusual for so prolific a career. ‘If you’re in a bad film,’ Richard Burton once advised, ‘Make sure you’re the best thing in it.’ That was often true of Gabriel too.

He acted with Burton in the mini-series Wagner early on in his career and had a very fruitful, if brief, friendship with him. Burton was on his last legs at the time but he was still able to impart some very useful advice to Gabriel about ‘the craft’ which stood him in good stead after he made his name. It was a thankless role for Gabriel. He had only ten lines in it, spread across six countries, but it enabled him to watch his heroes at work. Not only Burton but the heady triumvirate of Laurence Olivier, Ralph Richardson and John Gielgud as well.

Another quotation I remember of Burton’s was, ‘An actor is something less than a man. An actress is something more than a woman.’ I beg to disagree. Actors at their best combine the masculine and feminine. We have only to look at someone like Marlon Brando to see the cohesion. Or Gabriel Byrne.

Women have always played a big part in his life. This is evident from his recently-published book Walking with Ghosts (Picador, £16.99). It’s one of the best memoirs I’ve ever read. I didn’t think he could better his last one, Pictures in My Head, but he has. Every page is a gem. It’s a book you don’t want to finish. The imagery is to die for. He loads every rift with ore in streams of consciousness that remind you of everyone from John McGahern to Des Hogan. His vision is prismatic, epigrammatic. If you’re looking for an A-Z of his career or life, look elsewhere. The style is all over the place. 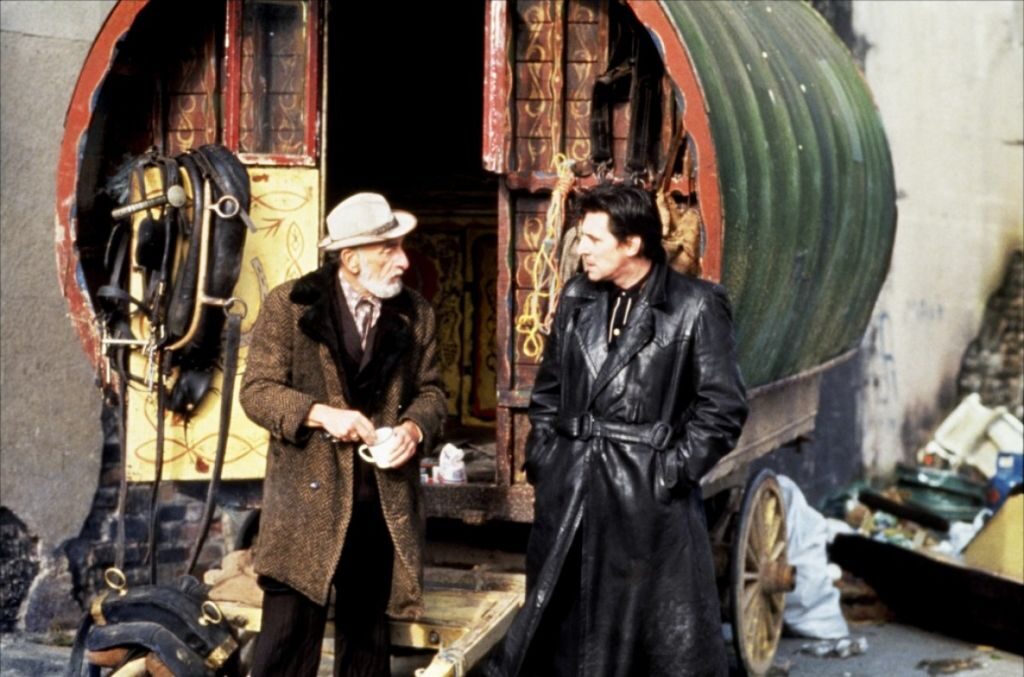 The first woman in his life, of course, was his mother. He writes beautifully about her, and about the manner in which she gazes wide-eyed at his odyssey from the deprived streets of Drimnagh and Walkinstown to the luxury of Bel Air. Some of her comments at the transition are hilarious. So are those of his discombobulated father. When Gabriel first appears on television, he remarks, ‘You look just like yourself.’ When Gabriel asks him to buy a ticket to see him in a play in which he’s appearing he says, ‘We can see you here for nothing.’  His mother wondered why more people in Hollywood didn’t put their washing out.

Both of them were devastated when he decided to join the priesthood. That happened when he was only 11. Today it’s uncanny for anyone to think a person could be expected to know what they want to do with their life at that tender age. The church began their recruitment drives early in the 1960s.

My brother once told me he made his mind up to become a Jesuit at the age of 12. A missionary priest came to our college and gave a talk about what such a life would entail. He was  entranced by it. Gabriel was similarly seduced by a mission statement.

My brother stayed in his order. Gabriel didn’t. After four years of diaspora and rule-breaking he was told to leave. This should really have happened after four days, or even four minutes. It was the best thing that ever happened to him because he was never cut out for that kind of life. He had too much living to do.

His departure from the clerical fold threw him into the world of plumbing. This was something he was equally unsuited for. ‘They kept sending me on errands hoping I’d get lost,’ he said once, ‘I was the most useless plumber in Ireland.’

He studied archaeology in UCD and later taught it along with Spanish. In those years, as when he dallied with his ‘vocation,’ he felt a sense of rootlessness. It went away when he found acting, or rather when acting found him. In this he found a sense of belonging, a kind of anti-self that liberated him.

Some of his work with the Dublin Shakespeare Society was anachronistic: ‘I had a black jumper with black bell- bottoms. Nobody ever explained how Marcus Aufidius happened to be wearing bell-bottoms in ancient Rome.’

He first came to the attention of the public in The Riordans. It morphed into Bracken after it went off the air. His brooding good looks and casual acting style made him into a hometown hero and a heart-throb for the ladies. The soubriquet ‘Irish Heathcliff’ was trotted out so relentlessly he came to abhor it.

It wasn’t long after this that he gave a very respectable performance in the political thriller Defence of the Realm opposite Denholm Elliott. He felt Elliott upstaged him and said of the experience, ‘The old dictum of avoiding acting with animals and children should be amended to, “Never act with animals, children, or Denholm Elliott.”’

The film made his name, however,  and freed him from the agonies of having to do auditions, which he hated. His career afterwards was notable for many stand-out films. The most talked-about one was Bryan Singer’s The Usual Suspects, which made him mega. Having said that, it’s not necessarily his greatest performance.  It was largely an ensemble piece,   a director’s film that became a kind of cult.

Gabriel’s secret was his longevity. He kept on keeping on. There were times when a ‘Tallaghtfornia’ accent made you wonder if he was playing Irish people or Americans but there was no gainsaying the truth of his acting. He put a lot of store into concentration, the Method actor’s main tool, and it showed. His kind eyes brought warmth to characters who may not have evinced such qualities on the page before he alchemised them with his compassion.

Such compassion is as evident on the page as the stage. It comes across in the sweep of anecdotes that pepper his book, whether he’s writing about Burton telling him films don’t cure cancer or John Boorman advising him how to make love to a woman while wearing a suit of armour on the set of Excalibur or Sir Larry barking abuse at him after he has the audacity to ask him what time it is…and then regretting his rudeness and leaving a poem for him in his dressing room by way of an apology.

Gabriel Byrne is a shy and sometimes insecure man. Maybe all actors are. It’s what makes audiences so important to them. They’re continually seeking validation from them. When they don’t get it they become traumatised. Gabriel says he’s seen major stars throwing up backstage before their performances. He’s done it himself.

Only when you say those first few words do you relax. It’s worse in the theatre because there’s nobody to shout ‘Cut’ if you do it wrong. There’s also the problem of having to listen to hissing, or have rotten tomatoes thrown at you. Or thinking someone is nodding off in the front row as you deliver your killer soliloquy, only to discover afterwards that they have a medical condition. This happened to Gabriel, making him feel six inches tall after he shouted at the man in question to ‘Wake up!’ 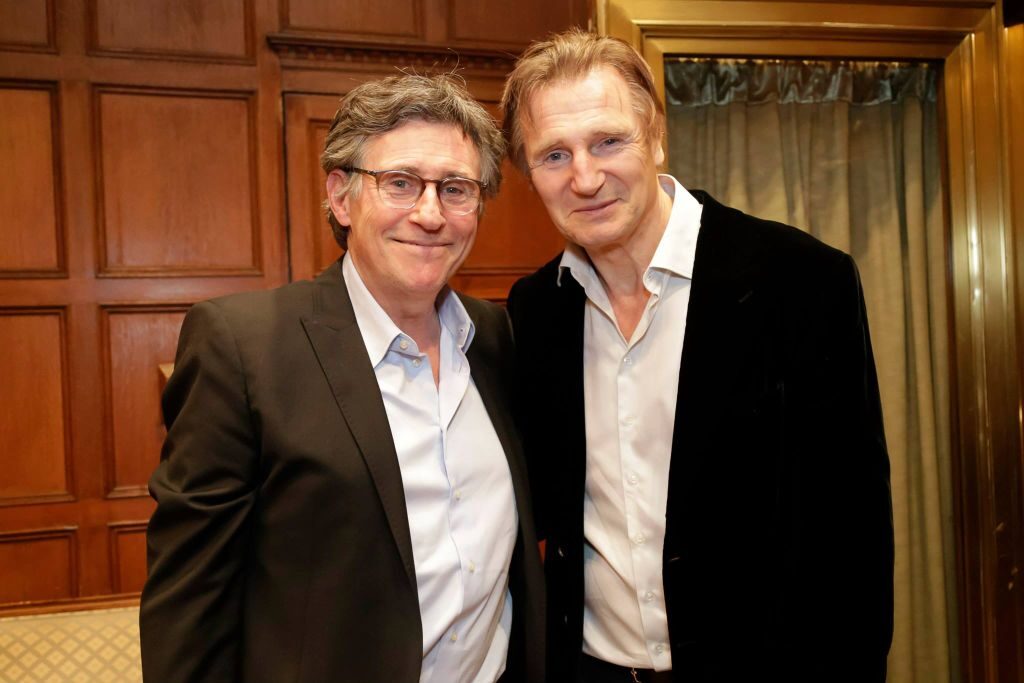 Walking with Ghosts isn’t only about Gabriel’s life in film. It’s also about his problems with alcoholism, with the sexual abuse of a priest, with a woman who stalked him ominously, and with relationships in general. He doesn’t write too much about his siblings but there’s a heartbreaking chapter about one of his sisters who had psychological problems. He writes so sensitively about her it will bring you close to tears.

Another chapter that touched me deeply was one where he writes about a childhood friendship he had with a tearaway tomboy who lived close to him in Walkinstown. He admits he ruined this by pretending he had sex with her so he could sound macho to his male friends. She never forgave him and thus the wild purity of their relationship was ruined. She never talked to him afterwards. The last he heard of her she was pregnant and gone to England.

Here, as elsewhere, he isn’t slow to tell a story against himself. His book is as brutally honest as the man himself. He writes equally vividly about his strengths and his weaknesses, his victories and his defeats, his aspirations and his disappointments.

Every time we get a poignant vignette it seems to be followed by a humorous one. The book will make you laugh as often as cry. Its stand-out quality is the richness of the language. The images land on the page like fractured shards of light splintering into iridescence. I was blown away by the plethora of them, one after the other as they drip with seeming effortlessness from his pen. I’ve always believed that Gabriel hadn’t taken up acting he would have been in the front rank of writers in Ireland. In fact he is anyway.

The book is also notable for its omissions. He only writes about a handful of his films and then just in passing. Neither does he mention Aine O’Connor, at least by name, despite having had a decade-long relationship with the ill-fated TV presenter. Nor does he write about his marriage to Ellen Barkin. That was covered in Pictures in My Head but I expected more here. I also expected more about his present partner Hannah Beth King and the daughter they had together three years ago whom he dotes on.

These people may turn up in a future book. I hope he doesn’t finish his literary career with this one. No more than Graham Norton, who’s reinvented himself as a novelist in recent years, there’s a whole world out there for him to tap into if he so wishes. He once described writing as ‘sculpting things with words,’ like taking photographs of himself.

Writing has been an expiation of his demons. In this it’s like acting. The ghosts he walks with are cathartic.