On a helicopter flight we shared from Dublin to Shannon, Padraig Harrington talked to me about his future plans on tour. I imagine it was our luxurious mode of transport which prompted him to reveal his ambition to have his own private plane. And typically forthright, he explained that he saw it as a means of lengthening his playing career.

Interestingly, this was back in 2005, two years before he made the breakthrough of winning the 2007 Open Championship at Carnoustie.  And by August of the following year, he had won two further Majors, by retaining the Open at Royal Birkdale and then capturing the 2008 PGA Championship at Oakland Hills, Detroit.

Though Harrington did, in fact, buy that coveted plane, he didn’t keep it long. The prohibitive running costs involved simply didn’t make sense to his accountant’s mind. 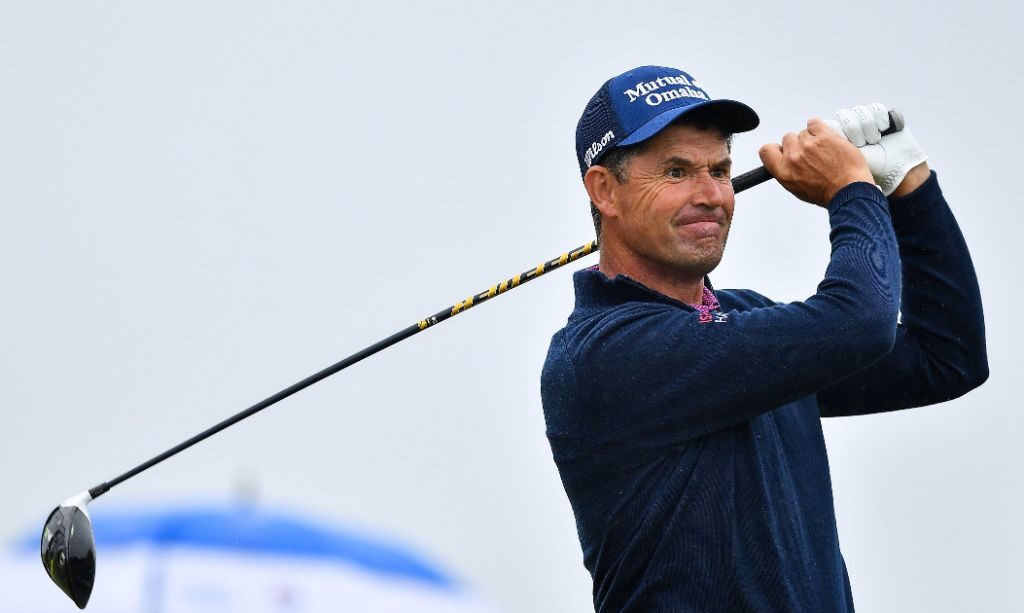 Though Padraig Harrington did buy that coveted plane, he didn’t keep it long. The prohibitive running costs involved simply didn’t make sense to his accountant’s mind

Meanwhile, memories of that chat we had, returned to me recently on reading some fascinating reflections on very different times on America’s PGA Tour, by distinguished scribe, Don Wade.  Especially interesting were the comments recounted by Tommy Bolt, who carried the sobriquet of Thunderbolt because of a notoriously brittle temper. While the red mist kept its distance, Bolt was a very fine player, so good in fact that he captured the 1958 US Open and was described by Christy O’Connor as the finest ball-striker he’d ever seen.

At a time when the motor-car was the established mode of transport to tournaments, Bolt declared: ‘Man, you couldn’t make any money on tour in the old days. You had to have a string of pigeons you could tap. One of my favourites was a man named Louis Marrow who used to come to Hot Springs to take the cure.

“He loved to play $1,500 Nassau, which was a fortune in those days. I would give him a million strokes and we would go at it. The last match we ever played was a beauty. He had a two-footer for all the money and he got the shakes so bad that the putter fell out of his hands. It was the easiest money I ever made.’

There was no handy money on tap for Bolt, however, when his car happened to break down on the way to a tournament in South Carolina in 1950. The future national champion was reduced to giving golf lessons at a nearby driving range for $3 an hour, so as to gather sufficient cash to get his car back on the road.

‘Let me tell you something, pards,’said Bolt, slowly shaking his head at the memory. ‘Teaching golf to the uncoordinated is the hardest job in the world.’

Arnold Palmer also struggled for a few years during the 1950s, but ultimately, his fortunes were changed irreversibly through the guidance of his business manager, Mark McCormack. That was when private aircraft became the accepted mode of transport for McCormack’s clients Palmer, Jack Nicklaus and Gary Player who became known as the ‘Big Three’ of golf. Money rolled in, not least through their ability to travel the world.

With time to kill on those flights, it was inevitable that mischief would ensue.  Yet Palmer was approaching his 70th birthday in 1999 before McCormack felt sufficiently secure to tell some tales out of school. Like the bets they had with each other over the previous 40 years. And how none of those wagers was honoured. 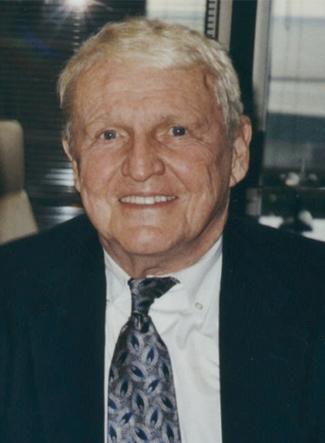 McCormack recalled: ‘Years ago, when we were flying from Australia to Honolulu, I stopped on the way to the airport and ended up with the scores of all the NFL games (We were leaving Australia on a Monday, which was a Sunday in the US and were going to arrive in Honolulu on Monday morning).

‘While on the plane, we spent two hours making bets and when we got to Honolulu I told Arnold to get the newspapers and check the scores. Needless to say, I won all the games. And the expression on his face had to be seen to be believed. Ultimately I confessed and never collected.’

Given that he became one of golf’s great aviators, it was fascinating to discover how Palmer once admitted that the possibility of being killed in an air crash was one of his greatest fears. He was clearly aware of the dangers, which would have been heightened by the tragic deaths of Tony Lema (1966) and Payne Stewart (1999) in private plane crashes, when both players were at the peak of their powers.

‘I have the same fears as everybody else about dying in an airplane,’ Palmer admitted. ‘But I still love to fly and I know it is one of the safest forms of transportation.’

Those who couldn’t afford the luxury of private flight, often had to settle for the chartered variety. A frightening experience on one such flight was recounted to me recently by the remarkable Norman Drew, who is approaching his 90th year. Drew’s premature brush with the grim reaper, had to do with a chartered flight from Los Angeles to Palm Springs for the 1959 Ryder Cup at Eldorado CC.

Those players of a superstitious bent would have reason to see considerable significance in the 1959 staging just happening to be the 13th Ryder Cup. In fact as an enduring memento, 29 passengers would each have a rather special membership card which read: ‘J-L (Jolly Lucky) Long Drop Club, 5.30pm October 29th 1959. Los Angeles to Palm Springs. Almost.’

Formed at the instigation of John Letters of Scotland’s Letters Golf Company, the exclusive membership included Dai Rees, Peter Alliss, Eric Brown, Ken Bousfield, Bernard Hunt, Peter Mills, Dave Thomas, Harry Weetman and the Irish pair, Christy O’Connor and Drew, all members of the visiting team. Doug Ford, a member of the American side, was also on the plane, having hitched a lift.

Among the travelling golf scribes on board was Ron Heager of the Daily Express whose account on October 31st described how ‘We were tossed around like a cocktail in a shaker ….. It was like falling in a giant lift when the cable had snapped.  Only … your stomach stayed on the 10th storey. It was the Big Dipper _ without the laughs.’

In fact the plane plummeted from 13,000 to 9,000 feet before the pilot’s skills eventually triumphed. As Heager later reported: ‘We didn’t know it then, but this was the brink of calamity.  … The metallic judderings of the aircraft were beautiful noises to the grappling pilot. He had regained command of the ship. He had won his battle with the furies of the elements.’

So traumatic was the experience that Drew has little difficulty in remembering every detail, more than 60 years later. His first indication of impending danger was on their flight from Washington. ‘I was in the back of the plane, playing knock-out whist with Christy [O’Connor], Peter Mills and Eric Brown,’ he recalled. “As we approached Los Angeles, the pilot informed us the weather was bad but if he got a break in the cloud, we’d land.’

He went on: ‘On touching down, we immediately transferred our stuff into another aircraft, bound for Palm Springs. What we didn’t know was that all scheduled flights had been grounded: we took off because we were a charter, little imagining what lay ahead. They gave us a runway and we headed into a ferocious storm which had come up from Mexico where, we later read, it had caused widespread fatalities.

‘I was used to flying and getting the odd bump here and there, but this time we dropped very quickly. As I was reading ‘Life’ magazine, a showerproof coat in one of the upper luggage containers, drifted down towards me like a parachute. Sandwiches and coffee went flying all over the place. Next thing, the pilot came on the blower and apologised that he was running short of fuel. We’d have to go back to Los Angeles.’

Which they did, and eventually completed the 150-mile journey by road.