For Gary Cooke, interviewing sporting greats was both a pleasure and a natural progression

I have spent over twenty years doing Après Match spoofs – the comedy of sporting punditry you might call it. So when I started actually interviewing real pundits that I had lampooned on TV, it  felt like I had finally grown up and got a real. job.

My first encounter was with the great John Giles. I think he might have been taken by surprised when I phoned his Birmingham home – I thought perhaps he might not remember me. 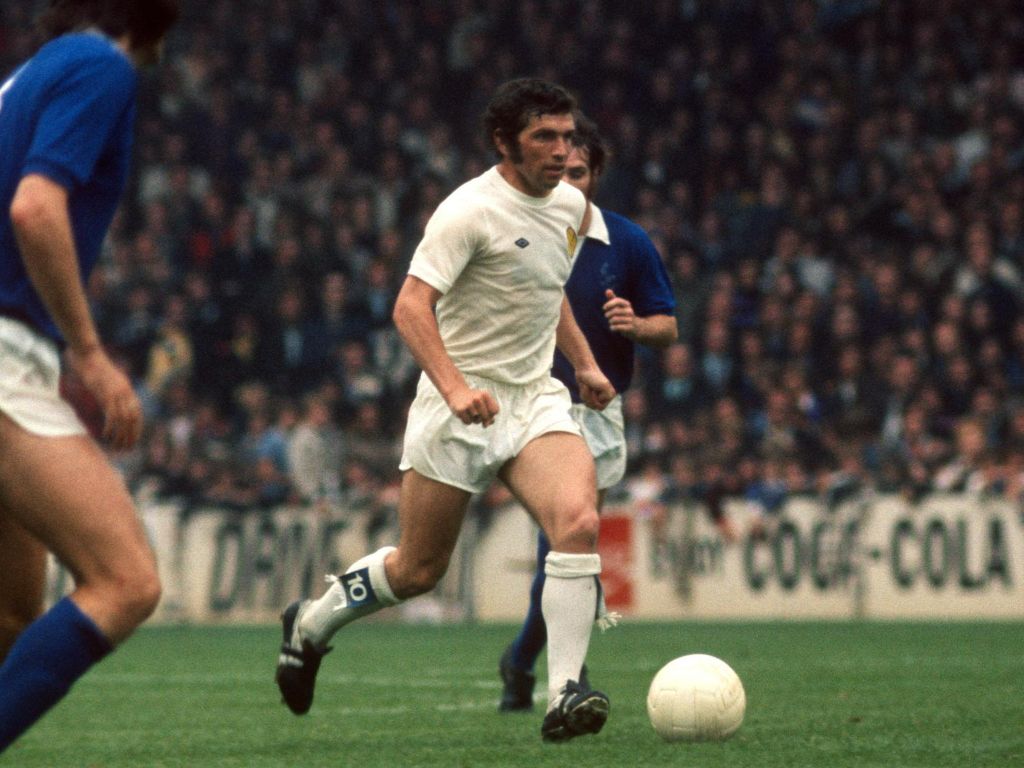 However he did remember me, which was great but I was still nervous –  after all, he had been one of my main characters in many Après Match skits for many years – sketches he frequently did not find particularly amusing.

Well, they say imitation is the greatest form of flattery, and with the condition that this was not comedy, Gilesy agreed and off we went. I had always wanted to talk football with John and I had more questions than I knew what to do with, because when John speaks people listen.

It turns out Gilesy started playing football at the age of three. By six he told his teacher he was going to a professional footballer; even then he knew his destiny.  This was all set against the backdrop of football being classed as a ‘foreign’ game and banned by the GAA. You could be beaten up for playing this game,,suspended from school, ostracised and spat at by official Ireland. In fact, he said that the idea of football as a foreign game was drilled into him to such an extent that by the time he left school he says he didn’t feel Irish.

Talking to John, you can sense why and how this man became a legend; I didn’t want to interrupt because you could listen to John talking all day. If a psychotherapist had a client who lacked confidence and conviction, all he would have to do is play a tape of Giles talking on a constant loop – for his voice is the sound of certainty.

John played for Leeds Utd and there was one question I wanted to ask, but was afraid to, for fear of incurring his wrath. So I prefaced it with the following words …..”Some people say….John…. gulp….. NOT ME…. that your Leeds team didn’t win as much as they should have?” I could feel John was about to show me his metaphorical studs and you could hear the raging passions within are still present. Articulate, insightful, tough, generous, smart and full of humanity. He is not a good interviewee but a great one.

Another extraordinary individual i interviewed was the former rally driver Rosemary Smith. She rose to prominence in the 1960s by not just competing with men but regularly beating them as well. This was all at a time when women drivers were barely tolerated on the roads, let alone a racing track. Shortly before the London to Mexico rally (11,000 miles) the Managing Director of the British Leyland car in which she and her female team were competing, condescendingly remarked that he would be satisfied if they just made it to Dover.

But such blatant sexism didn’t remotely discourage her – if anything it fuelled her indomitable will to win.

“I didn’t listen to their rubbish,” snapped Rosemary. Her energy flowed like molten lava careening down a mountainside. I could barely get a word in edgeways, which didn’t matter because this charming octogenerian woman told astonishing stories that were almost too mad to be believed.

For instance, she once reversed 53km over the Khyber pass, because that was the only gear that worked. In South America, one of her co-drivers lay in the back, having been attacked by blood-sucking insects.

“I didn’t know if she was alive or dead,” said Rosemary, and added that her biggest concern was; if her co-driver DID die, would they be disqualified from the rally?

To cap it all, her brakes once failed descending the Alps at great speed. Somehow she brought the car to a standstill with dexterous use of her gear shift. I think we’ve found the next James Bond..

Not one to shy away from the naked truth, she also spoke candidly about her private life, which included personal heartbreak, with a divorce, several miscarriages, and losing her home. A truly amazing tale, and an amazing woman.

Colin Byrne is one of the world’s top golf caddies. Presently he is caddying for South African golfer Louis Oosthuizen. I spoke with Colin late last year. It’s a strange job being a caddy. It is the only sport I can think of where someone else is actually alongside the players in the thick of the action and making decisions for the best outcome.  It makes for compelling insight into the game from the caddy’s perspective.

A caddy ain’t no bag carrier; if that’s what you thought, think again. A caddy is an on-course strategist, a third eye, an adviser, a soother, a psychologist – to name some of their many responsibilities. As Colin said, some days you can say the right thing to your player, and other days you can say the wrong thing. Even though they are exactly the same thing! Sounds like the impossible job to me.

Colin has nonetheless being at the top of his game for years and won the US Open with Retief Goosen in 2004. He is a journalist and best-selling author, and his insight on the game is quite unique.