Marion Fitzgerald  most definitely proves you are  never  too old to follow your dreams!
Honoria  by Marion Fitzgerald, a descendant of the main characters, has recently been published by Poolbeg Press.  Honoria’s story is based on historical facts, extensive research and, as Marion Fitzgerald says, a great deal of imagination. 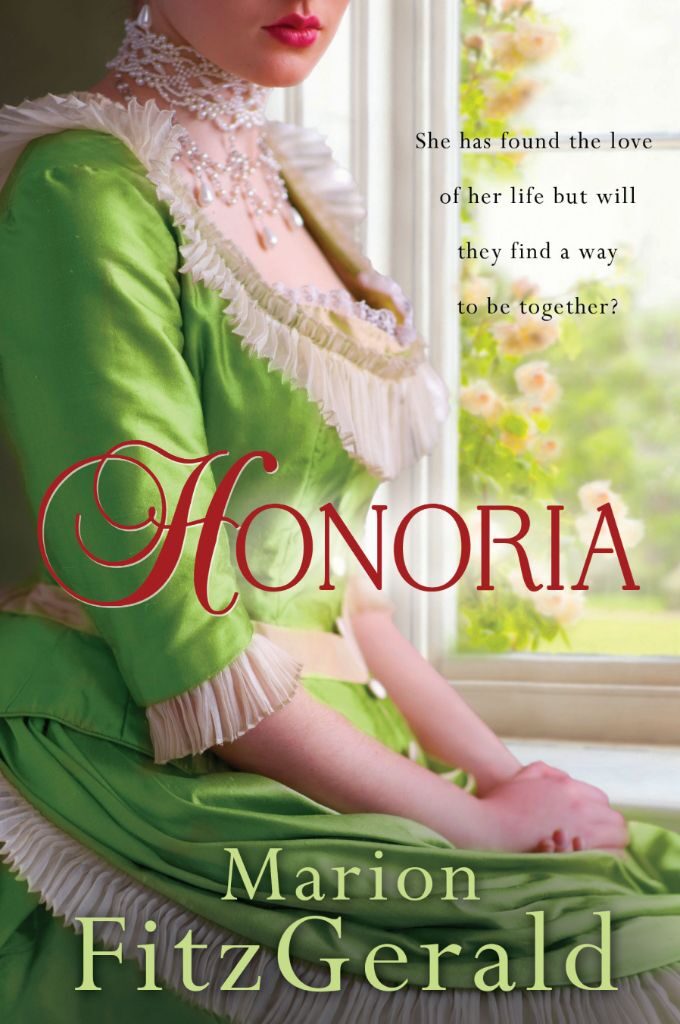 Marion Fitzgerald  gave this background about herself and her connection to the book:

Over fifty years ago, just two months after my own wedding, I went down to a wedding in Galway. A close friend of my husband was getting married. At the wedding breakfast I was sitting beside the father of the groom. He asked me had I any Galway connections? I said I had a grandmother from Galway, Mary Anne St. George, but she had died before I was born, and I knew very little about her.

He turned out to be a solicitor, and his firm had looked after the St. George affairs for many years. He went onto tell me about the St. George family, who lived in Tyrone House near Clarenbridge in the nineteenth century and owned close on 30,000 acres of land, spread over Galway, Queen’s County and Roscommon.

Over the following years I met Gordon Mark St. George, an American, who had done a lot of research on the family, and who had written a pamphlet about the St.George’s and Tyrone for the Irish Georgian Society. His mother had grown up In Tyrone. I met his cousin, Mary Keegan, whose father had also grown up in Tyrone, who had accumulated a lot of family material, and was most generous in making it available to me. I was able to make a copy of a hand-written book of family recipes from another St. George descendant. And I acquired a copy of the memoires of EIizabeth Lahiff who had emigrated to America with her husband and two young children in 1906 – her father too had grown up in Tyrone.

I spent a great deal of time in the National Library, leafing through old newspapers on micro fiche. But it took me some time to get down to writing the novel I could hear in my head. Seven children and working full-time as a freelance journalist was quite demanding.

My novel is made up of historical facts and a great deal of imagination. Christopher St. George, fell in love with Honoria Kane, a local girl. Family lore says she was a cook. So I have placed her in the Tyrone kitchens. They were married by a childhood friend of Honnie’s, Tom Kelly – family lore again. By marrying a Catholic girl to a Protestant man Father Tom was exposing himself to prosecution. Such a marriage was illegal until 1871.

It seems Christopher always did what Christopher wanted to do. After their marriage he and Honnie set up house in Drumacoo, — which took a lot of neck given that it was only a mile or so from Tyrone and his family. This was described as ‘St.George’s scandalous domestic arrangements’ by a contemporary. Honnie said that as far as she was concerned she was married in the eyes of God and that was all that mattered to her.

Christopher was very active in Galway county. He was one of the founders of the Galway Blazers, a famous hunt. He was instrumental in setting up Galway race course, and later the race course in Killarney. He was a successful breeder of horses. He was a steward of the Turf Club and had his own stables at the Curragh.

He was a Member of Parliament for one term, and when he was accused of evicting people from his estates in 1848 he defended himself very effectively in the House of Commons, and his speech was printed in The Times in London. He was never an absentee landlord.

Honnie and Christopher lived through the Night of the Big Wind, and the horror of the Famine years. Together they had twelve children, ten daughters and two sons. They were married a second time in 1852, in a Protestant Church, St. Annes in Dawson Street in Dublin.

Like most Irish landlords in the nineteenth century, the St. George family were debt ridden. The bailiff was never far from the door. When Christopher inherited Tyrone after his father died, he also took on the debts of his father, and of his grandfather – another Christopher – as well.

Christopher died in 1877. For the last ten years of his life he was an invalid, after a fall off a horse from which he never really recovered. Honnie outlived him by almost thirty years, dying in 1905 at the age of 96, Mrs. St. George of Tyrone House.

Local girl Honoria Kane is the scullery maid in the kitchens of Tyrone House, a job she took on reluctantly at her parents’ insistence.
Christopher St. George is heir to the magnificent house and a vast estate in County Galway. His passion is horses, while his ambition is to become a member of the Turf Club and own his own racing stables at the Curragh of Kildare.
Against all the odds they fall in love. But the road ahead is to be a long and rocky one.
Their worlds are wide apart and, if they are to be together, they will have to defy their families, social convention and the law of the land. Christopher is Protestant and Honnie is Catholic. In 1827, marriage between them is illegal. But to live together unmarried would disgrace both their families, break their parents’ hearts and affect the marriage prospects of their siblings.
But Christopher is a risk-taker, both on the racing track and off, and Honnie knows she has found the love of her life. They have to find a way to be together.

Marion FitzGerald was born and grew up in Sandymount, Dublin. She went to school locally and then to University College Dublin where she did a BA degree in English and Spanish. After she left college she got some part-time work with a trade journal and eventually went on to work for the Irish Times, first as a secretary and then as a full-time journalist. She wrote for various newspapers and magazines over the following years and did a bit of television in RTÉ’s very first days. She also did some radio work and loved it.
Marion enjoys travelling and has always enjoyed meeting people and hearing their stories. She counts herself lucky to have met many of the most interesting people of her time in her role as journalist.

Honoria  by Marion Fitzgerald is published by Poolbeg  Press