Latest Articles
You are at:Home»Features»Profiles»Mary O’Rourke on Samantha Power, Arthur Griffith, lockdown and the Stardust tragedy

In her latest observations Mary O’Rourke reflect, amongst other subjects, on  the enigma that was Arthur Griffith, President Kennedy’s visit to Ireland, Samantha Power, lockdown and the Stardust tragedy

There is so much to talk about since I last got the opportunity of talking with you all. The first thing I want to say is that I am writing this coming to the end of February, the first month in spring.

You may say ‘What does it matter now? We are all in lockdown.’ No, not really; the vaccine is coming and it is the light at the end of the tunnel. Imagine, as each person is vaccinated the future health of that person is in good hands, and as the vaccination rolls out, the health of the country will improve. We are in the midst of a very severe pandemic but we have the vaccine to look forward to, and if the lockdown takes some weeks further, well, let’s put up with that in the hope of a brighter future.

First things first, and the most important thing for everyone in the country, is the education of a million people. Imagine, if everyone was in school and college on the right day, there would be a million people so occupied.

I was so pleased to hear the very clear message from the Minister for Education, Norma Foley, that the Leaving Cert in its written format will be starting on Wednesday June 9. The first paper on that day is the written English Paper 1. I am so happy there is also the additional opportunity of calculated grades.

I know that very protracted negotiations have been going on and that even now, whilst there is general agreement at what has issued from the Department of Education, there is still a worry over the sentiments expressed by the two secondary teacher unions, the ASTI and the TUI.

I am hopeful that as time goes on the unions will see that the outcome, as announced, means so much to the young students, and after all it is the students who are the main people in this whole drama.

In my family, I have two grandchildren, one in Dublin and one in Athlone, both just turned 18, who will be sitting the Leaving Certificate.

I have spoken to them in the last number of weeks, and I am so well aware of the unease and worry that is in both of them. I have spoken to them since the announcement came out, and they are much more on an even keel and happier all round. So I am hopeful that they will perk up and continue their study.

I was honoured to be Minister for Education for almost five years back in the 1980s/early 90s. Of all of the government departments, I think it is the one faced on a daily basis with so many decisions to be made affecting so many people. So good luck to those plans now.

On an irrelevant note, from what I can remember of doing my own Leaving Certificate so many, many years ago, it always appeared to be good weather. The windows in the examination hall would be fully opened and the hum of the incessant lawnmower was always so enticing as it wafted in to those of us in the hall with furrowed brows!

Since we last spoke together, of course we have had the inauguration in the US of Joe Biden as the new president. I am sure many of you watched the inauguration ceremony on CNN or one of the channels, and it was all so wonderful to see. For me, the really stand-out turn of the show was the young Amanda Gorman, who really stole the stage. She is the first US Youth Poet Laureate, and some of her words were so inspiring:

Such inspiring words. I hope that Joe Biden will be able to unify the US again after such a strongly unstable regime. 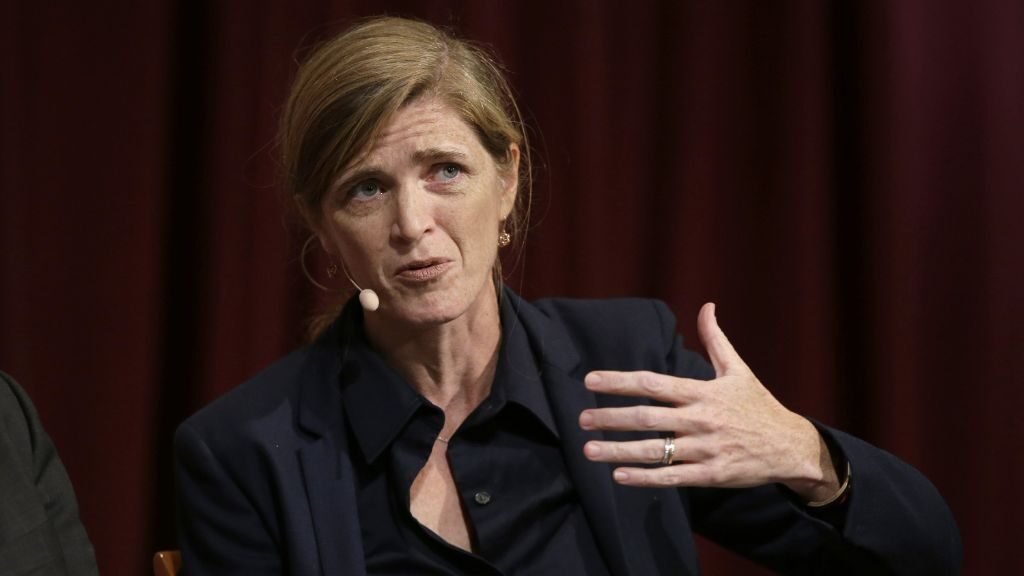 By the way, I was glad to see that Joe Biden had reappointed Samantha Power to be in charge of the important portfolio of climate change.

It is interesting for us in Athlone to note that Samantha Power has her background in Athlone. Commandant Jim Power and Mrs Frances Power are her grandparents. Their son Jim, who was a dentist in Dublin, is Samantha’s father. The marriage broke up and Samantha’s mother went back to the US with her young family. It is so good to note that we have her in charge of such an important portfolio.

I well remember Mr and Mrs Jim Power in Athlone. They were great bridge players, and so I got to know them through my mother who often played with them in various games.

What have you all been reading since Christmas? By the way, February 25 was National Reading Day. The various libraries around the country had  special events for the day, so I hope that as many as possible  participated in them.

Since Christmas, I have read several books, but two of them stand out to me. One is The Enigma of Arthur Griffith by Colum Kenny, Emeritus Professor of DCU. 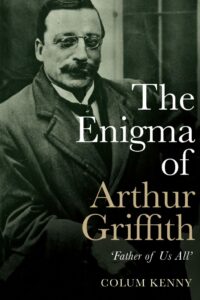 Arthur Griffith died in 1922 when he was president of the fledgling Dáil Éireann. This interesting and penetrating book depicts him well as a skilled editor of various editions of newspapers in Ireland and a skilled balladeer. I read the book carefully, but having done so, he is still an enigma to me. He encouraged women to get involved in the struggle for Irish independence, and I applaud that. He became very involved in complex relationships with Maud Gonne, W.B. Yeats and James Joyce. And yet I still remain puzzled by him.

He died of overwork, and I would love to have known what happened later to his wife and two young children. Michael Collins called him ‘the father of us all’, and despite this excellent book, so much more needs to be discussed about him. It was a really good read, and I both read and reflected much on it.

I would like to commend also a book which I have just finished. It’s called Stardust Baby by Lisa Lawlor.

As many of the readers will know, the 40th anniversary of the Stardust fire was this month, on St Valentine’s Day. There was much written about the terrible event, where 48 young people were burned to death and over 200 were gravely injured when the Stardust nightclub in Dublin, which was thronged for Valentine’s night, went on fire with such terrible repercussions. 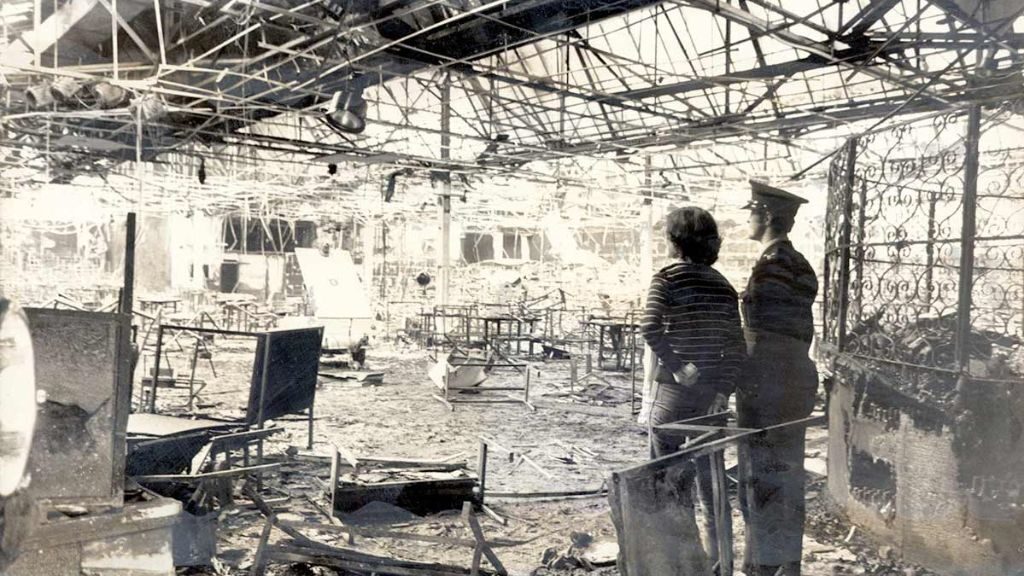 I can remember it so well because the night it happened was the night of a Fianna Fáil Ard Fheis in Dublin. The whole event was cancelled and the terrible event of that night really remained in my mind.

Lisa Lawlor was one year old when her mother and father, Maureen and Francis, put her to bed with the babysitter and took off for a night together in the Stardust. They never came back, like so many others, and Lisa’s life was forever overshadowed by that terrible event. She writes so well and so vividly.

Both of those books are well worth trying to get through the system which the libraries have set up, or if you can borrow them from a friend or in some way get hold of them. You will find them terrific reads and I’ve no doubt you’ll enjoy them greatly.

The next one I have lined up, both for reading and review, is From Whence I Came, co-edited by Brian Murphy and Donnacha Ó Beacháin. The title is taken from a speech President Kennedy gave in New Ross when he was on a visit to Ireland in the 1960s and visiting his homeplace of County Wexford and in particular New Ross, from whence the Kennedy family came.

The book is being issued through Merrion Press, and contains specially-commissioned pieces by a range of respected academic and political figures. Reading through them, I learned so much more about the Kennedy family than ever I knew before. This book will hopefully be out in public in about a month, and I can certainly strongly recommend it.

I’ve enjoyed talking with you all again. Now I know this long lockdown is very difficult for so many people, as indeed it is for me. But as I said at the beginning of my musings, spring is here, the days are getting longer, and vaccination is coming. So there is so much to look forward to.

Until we meet again, stay at home if you can, and stay safe.