George Keegan reports on what’s happening in travel, the arts, food and entertainment along the Western Seaboard

The friends of Mayo Dark Skies, a community group affiliated with Dark Sky Ireland and a chapter of the International Dark Sky Association have been engaging during the past year, thanks to financial support from the Heritage Council, with the renowned Italian lighting designers  Marco Palandella and Roberto Corradini to address the issue of light pollution emitted from the town of Newport.  Marco and Roberto say they joined the team to begin a concentrated effort into researching the needs of the community on themes of biodiversity, heritage, safety, traffic and social ambiance and importantly to secure the future of the International Dark Sky Park which is just 15km from the town. 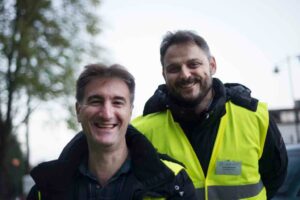 In 2019 the community’s bid to hold a European symposium on protecting the night sky was successful .This very prestigious event included 23 speakers from 12 countries. Among those speakers was Roberto Corradini  who acquired vast experience working on outside lighting at churches in Rome and Venice.

It was 3 years earlier a Gold Tier standard of International Dark Sky Park was awarded to Wild Nephin Ballycroy National Park, now known as Mayo Dark Sky Park. This vision has now been  extended to include public lighting and members of Friends of Mayo Dark Skies are working closely with Mayo County Council to achieve their aims.

Project Manager Georgia MacMillen says the team are confident a reduction in light level can be achieved by the shielding of existing lights, however best results would come from improved lighting, reducing the time of usage and better controlled emissions.” The combination of reduced light travelling beyond the town boundary plus reduced blue component will have an important impact in the sky above the surrounding countryside. It will reduce the  apparent light dome over the town thus enabling a better view of the sky above the National Park area”.

Georgia also confirmed to compliment the Mayo Dark Skies lighting plan Newport has been approved as a sustainable energy community  by the Sustainable Energy Authority (SEAI). This means experts can now prepare a plan leading to grant schemes for businesses and residents to avail of dark sky friendly lighting, plus other efficient initiatives. The County Council has already changed the lights on the main street to 2700 kelvin which complies with dark sky requirements. This pilot scheme, a first in the country, has now been extended to the village of Bangor Erris.

Experts in the field of light pollution point to the fact that the widespread use of artificial light at night time places a long term stress on ecosystems – with various insect species and birds being particularly affected. 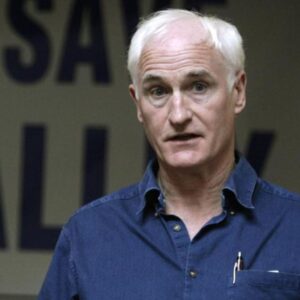 Speaking to Senior Times Duncan Stewart, a passionate environmentalist who hosts the long running RTE programme Eco Eye, said that our use of artificial lights needs to be fundamentally re-imagined. ‘As a gateway town to the  Ballycroy dark sky zone initiative to protect our few remaining but fast disappearing dark sky areas that remain free from light pollution, our society generally seem unaware of the effect of outdoor artificial light at night time and of the severe impacts to nature ( insects, wildlife, aquatic and nocturnal species)’.

‘Populations of wildlife have plummeted down to less than a third of their numbers globally (including Ireland) over the past 50 years. Species extinction rates are now a 1000 times the natural background rate. The highest rate of loss of species on earth that has occurred in the past 55ml years!  All of this destruction is from various forms of impacts brought about by human activity which greatly includes the effect on all species from artificial light. Without a healthy and stable biosphere and the essential multiple services we receive free from well functioning ecosystems, we humans could not exist. We are clearly creating a 6th mass extinction – the anthropocene.’

Regarding the Mayo Dark Sky Park Catherine Martin T.D Minister for Tourism, Culture, Arts, Gaeltacht, Sport & Media told me she was aware the Park celebrated its 5th anniversary last month and congratulated all those involved in bringing such an exciting project to fruition. ‘Achieving International recognition is a fantastic example of positive, productive collaboration between local communities and other important stakeholders, such as the National Parks and Wildlife Service, Coillte, Mayo County Council and Fáilte Ireland’.

‘Ireland has the honour of hosting two internationally recognised dark sky places- Mayo International Dark Sky Park and Kerry International Dark Sky Reserve both of which have been awarded the highest gold tier standard. The wonders of a pristine night sky can only covey a sense of calm and closeness to nature, intensifying the beauty  and wonder of our landscape…. achieving International recognition as a dark Sky place offers rural communities excellent year round sustainable tourism opportunities and enhances our natural recreational offering’.

The Minister added she was happy to report Mayo Dark Sky is one of the core strengths on which Fáilte Ireland plans to build, in line with its Destination Experience Development Plan for this part of North Mayo. ‘Among the priorities for future developments are plans for a world class planetarium and observatory for the Mayo Dark Sky Park, to be developed through the strategic partnership between Fáilte Ireland and the National Parks and Wildlife Service’. 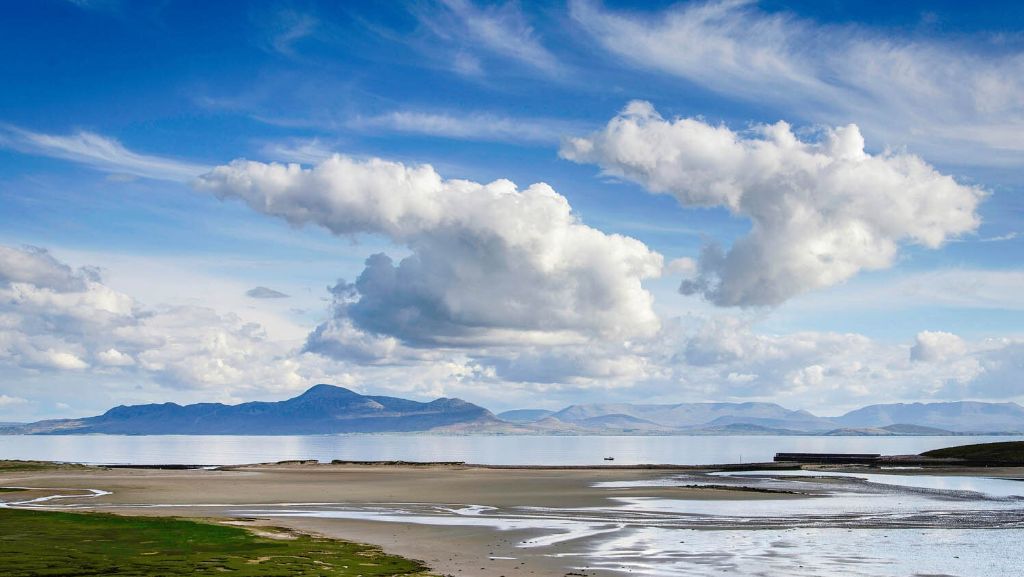 The village of Mulranny which hosts several events during the annual Dark Sky Festival is to become County Mayo’s first initial decarbonising zone with the aim of reducing greenhouse gases up to 51 per cent by 2030. Mulranny was chosen by Mayo County Council from a list of 10 communities. A spokesperson for the local group says the awarding of the zone did not happen overnight but was the result of 15 years hard work by the committee on a number of environmental issues. The council defines a Decarbonising Zone (DZ) as a spatial area identified by the local authority, in which a range of climate mitigation, adaptation and biodiversity measures and action owners are identified, to address local low carbon energy, greenhouse gas emissions and climate needs. This will contribute to national climate action targets. The village is now set to be an exemplar site for other Mayo communities also seeking to decarbonise.

For 2021 some festivals will hold live events while others may be virtual. Check websites for details.