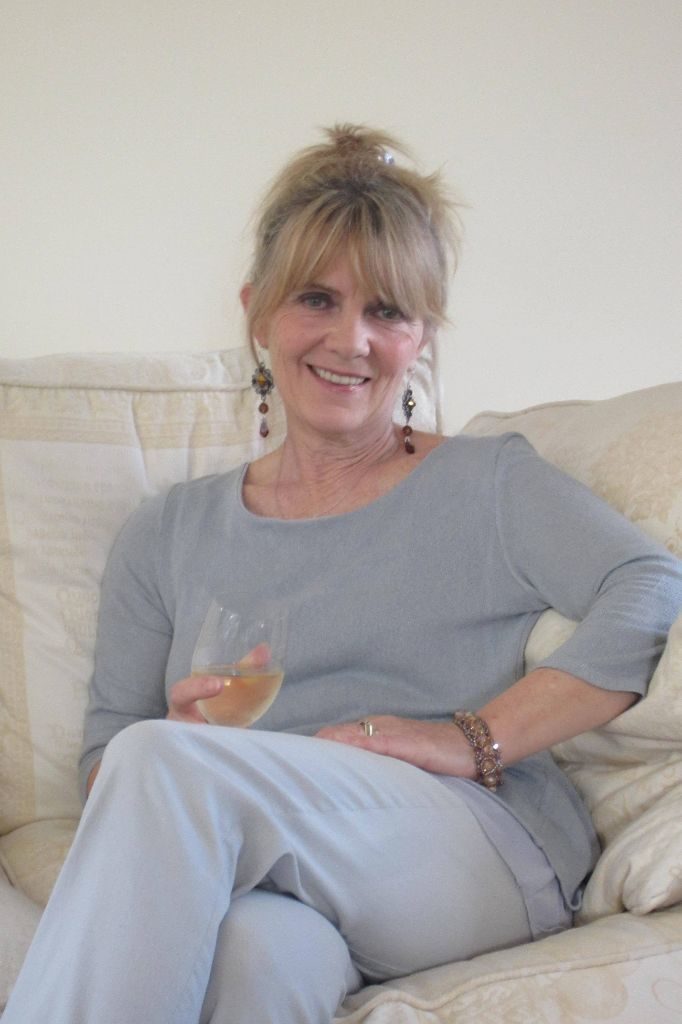 Lynda Tavakoli: like all writers worth their salt, she carries a notebook everywhere, writing down ideas as they come.

I love everything about books. Writing them, reading them. So, the next logical step is to publish them! When I established Fiery Arrow Publishing Press in 2006, my intentions were to bring to print local writers here in South Dublin.  The cut and thrust of editing, structuring…right down to finding suitable cover images…all of these elements prove challenging and enjoyable.

This year, Fiery Arrow entered The CAP Awards with an anthology I edited and devised, Circle & Square. The CAP Awards  (Carousel /Aware Prize for Independent Authors) were set up in 2016 by Carolann Copland (herself an Indie writer and a fine one at that). All proceeds from entry fees go to a very worthy organisation, AWARE. Carolann Copland’s energies are tireless. She has done a sterling job in ensuring the awards are at the highest standard. Since the outset, she remains  ‘committed to acknowledging and promoting excellence in Irish Independent book publishing.’ The primary aim of CAP is to offer readers a guarantee of quality in production and content, offering fresh, new voices and visions. Sponsored by Dubray Books, Easons, Books Ireland, Emu Ink Publishing, The Dublin Writers’ Conference and  In Tallaght magazine, generosity from all concerned is a key factor in creating such a successful platform for independent authors.  Dubray sponsor the beautiful trophies for each category. Together with Easons, Dubray offer shelf space for the winning books.

Circle & Square owes gratitude to a host of contributors (both established and emerging writers), Platform One Writers Group, Tallaght Photography Society, Luas Transdev, The Square Shopping Centre Management Team. A bird certainly never flew on one wing and Circle & Square is proof of that truism. One of the writers featured in this anthology is Lynda Tavakoli, currently living in County Down. Formerly a Special Needs Teacher, she is now retired, devoting much of her time to writing. To date she’s broadcast work on radio, in leading newspapers and is a regular contributor to literary magazines and journals. Author of two novels (Attachment and Of Broken Things), her most recent publication is a short story collection Under a Cold White Moon (David James Publisher). She also regularly facilitates a writing group and in the recent past has edited a number of publications, one of which, Linen, is available at Lisburn’s Linen Museum. 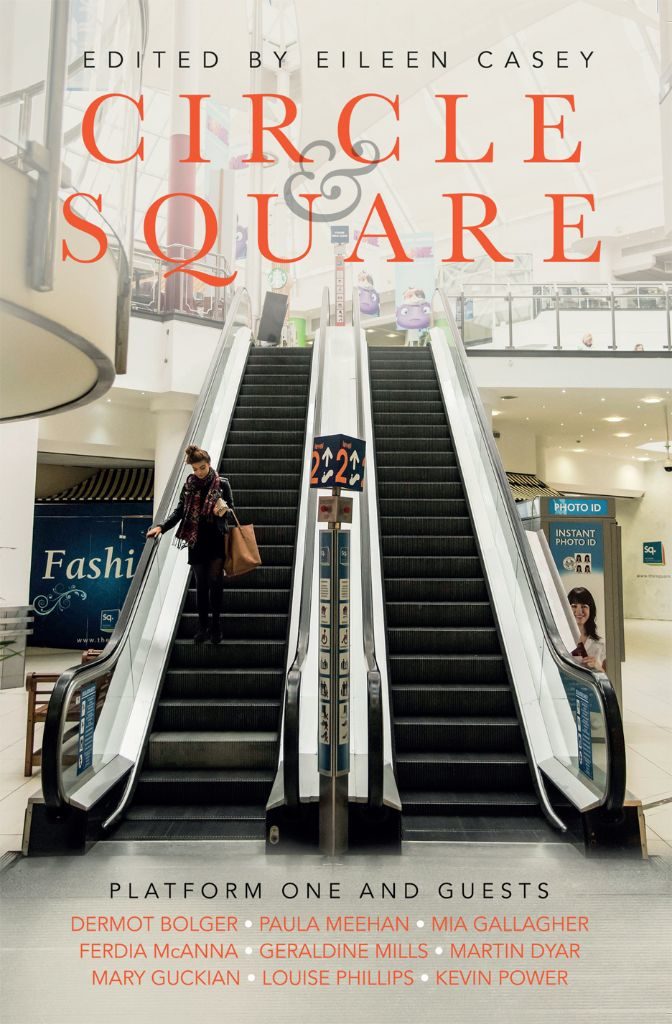 ‘I sometimes wonder how it is I’ve ended up being so involved in the literary world,’ she tells me, ‘given my disinterest in anything bookish when I was younger’.  Although she was a late starter (in her forties), it was inevitable that someone with so much talent as this Northerner should eventually commit pen to paper. However, that first writing came from her contracting breast cancer, a diagnosis which affected her life ten years earlier and from which she made a full recovery. Her account of overcoming this life threatening disease made its way into The Belfast Telegraph. Her human interest stories were well received but eventually, she looked to fiction and poetry to satisfy her creative needs. Tavakoli divides her time between Northern Ireland and the Middle East. This gives her a ‘rarefied space to write in that’s been constructive.’ Meeting her Iranian husband Sam in the US in 1980, she was initially ignorant of the geography and culture of The Middle East. She laughs at the memory and her green eyes gleam with merriment. Her husband to be soon enlightened her that the language he spoke was Arabic and that Persians are a separate race of people who speak a different language (Farsi) from their Arab neighbours. The couple have two adult children, Ben and Farah.

I ask about writing rituals and writing process. Silence seems to be a factor in her creative process. She is envious of anyone who can write with bustle and noise going on in the background. ‘For a long time,’ she explains, ‘I could only write once my children were tucked up in bed and the house was quiet.’ Poetry is written the old fashioned way, pen and paper but ‘when I’m writing prose, it’s a case of writing straight onto the computer so my process changes depending on what I’m writing at the time.’ She admits that it’s often a relief to have written anything down at all! However, like all writers worth their salt, she carries a notebook everywhere, writing down ideas as they come. Sometimes, she’ll flick back the pages to something she’d written down some years before and find inspiration there.  When it comes to writing poetry, she admits to being ‘a splurge writer’.  Her writing space is the sunroom adjoining her home (a misnomer perhaps she says, considering our weather!).Nature itself, the passing seasons, are all very important to her. Working with her hands in the garden allows her thoughts to work through ideas, the physical and the mental have that perfect symbiotic relationship. Apart from having a strong connection with gardening, she represented Ulster and Ireland in Masters’ Squash on several occasions.

I wondered if ideas came freely to her, if she was a people watcher, observing others with a writerly eye (and ear). The question certainly sparked her interest because only recently, while standing in a queue at the bank she heard something which ignited an entire fictional scenario. The cashier asked an elderly lady where her husband was. The lady answered in a most unexpected way: ‘Oh, I only take him out on a Monday,’ she replied. This simple sentence caused Tavakoli to speculate on its quirky implications, concluding that ‘everyone has a story and many’s a great novel, I’m sure, evolved from the simplest of beginnings.’

Under the emerging glow of a rising sun Esfahân appeared ahead of us, its great domed mosques shimmering turquoise, white and gold above the flat rooftops like some magical constellation reflecting across a Persian sky. From slender minarets came the call for Morning Prayer echoing mournfully through the open windows of our taxi.  Hypnotic. Potent.  ‘Maw receedeem,’ I heard my husband whisper in Farsi.  ‘We have arrived.’

Into the myriad of tiny streets we tramped, through the majestic portal of the bazaar and down to where the river hugged its way through the thirty-three arches of the Si-o Se Pol Bridge.  Curious eyes followed us everywhere. Respectful – interested in our diversity. And wherever we went they implored us, ‘Tell the people in your country to come. Tell them that Iran is not what they believe it to be. ’(Excerpt from ‘Half the World,’ Sunday Miscellany)

As well as writing about cancer, Tavakoli is a writer who tends to be drawn towards subject matter that can be a little ‘uncomfortable.’ She’s written about euthanasia, dementia, cultural divides, among other challenging subjects. ‘One of the absolutely best things about writing fiction is the opportunity to give your characters choices that may not necessarily be the ones you would make yourself.’  When I asked her if there was any subject she would steer clear of, she swiftly replies, ‘Politics!’.

Obviously, as is the case with all writers, reading is important. Tavakoli lists as her favourite books: Plainsong by Kent Haruf, All the Light We Cannot See by Anthony Doerr and Star of the Sea by Joseph O’Connor. She’s just finished reading The Hidden Life of Trees by Peter Wohlleben, a truly wonderful book that will ‘henceforth make me view trees in a completely different way.’  She’s convinced that there’s a blossoming of female writers in Northern Ireland at the moment and assumes it’s because ‘there’s been good solid support from the Arts Council for bursaries, local creative writing groups and general encouragement for latent talent here in the North.’She cites Belfast as a cultural city, hosting many literary events in venues such as The Crescent Arts Centre. In Armagh, The John Hewitt Society run a ‘fantastic Literary Festival’  each summer.

What advice would she give young writers starting out, based on the benefits of her own experience? She considers the question with care before wisely replying: ‘Write for the love of it and learn to take rejections on the chin’. Because of her close connection to a local writing group, she considers these writers to be friends as well as students. Over the years she has facilitated a number of different groups, each with their own ‘individual quirkiness and vulnerabilities.’ One thing she’s found to be true, however, is the need for “connection. In my opinion it overrides even the writing that’s produced. That’s way I allow a little time for anyone who wants to, to share a piece of news out of their week.’ A good, solid, philosophical approach. At this point it seems appropriate to ask this very talented writer if she has any philosophy about growing older. She didn’t have a favourite quote to offer but a poem she wrote for The CAP Seamus Heaney Anthology conveys her reverence for the simplicities of life:

When the sky cries

Open up your face to it

And smell the rain.

Growing older doesn’t worry her at all. She hopes that in her sixty-two years on this planet, ‘I’ve learned to become more tolerant, more forgiving and more open to criticism than I was in my youth. I’m happy with that.’ And of course, her readers hope that she will publish (and soon) the poetry collection she is currently working on.

Happy Christmas to all Senior Times Readers, I hope 2018 brings you all you could wish for.

In search of Bigwig and friends..