Parkinson’s Disease campaigners welcome the commitment from Health Minister Stephen Donnelly on the provision of 20 new Specialist Neurological Nurse posts in September’s Budget. The news came after a presentation to Oireachtas members yesterday by patients with the disease and neurologists 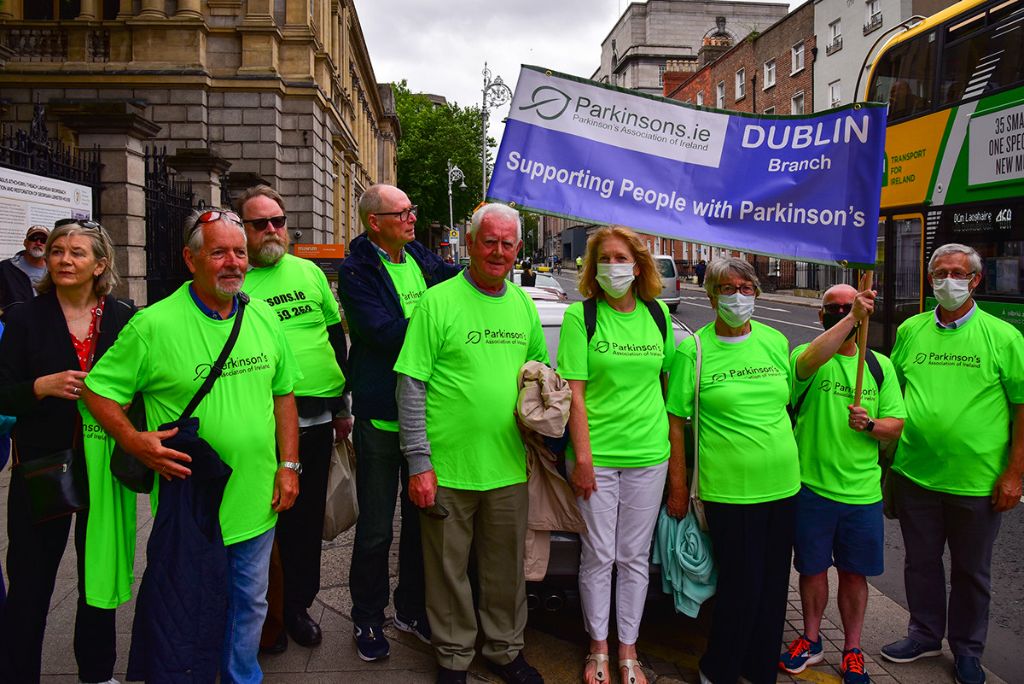 The campaign was launched when last month a stark warning was issued that there are not enough nurses to care for people with Parkinson’s Disease and that this gap in care is worsening Parkinson’s patients’ health.

Cancelled appointments and delays due to understaffing combined with the Covid-19 pandemic have had a massive effect on people living with Parkinson’s. There are now tens of thousands of patients waiting for the vital care they need.

“As a woman living with Young Onset Parkinson’s Disease and working as a Dietitian for people living with Parkinson’s, I come off my calls depressed at the negligence of care of my fellow PD patients around the country. Many of those battling this condition do not have the voice (some literally due to the disease) and their caregivers are too worn out to fight the system.”

Across the country there are only six Parkinson’s specialist nurses, four of which are Dublin based, covering 12,000 people. This leaves four out of five people with Parkinson’s with no access to specialised care, particularly for those who live outside the capital city. OECD figures on the number of deaths per 100,000 of people with neurological conditions and Parkinson’s Disease specifically have increased since 2010 where chronic diseases such as cancer, heart disease and diabetes have decreased.

Reflecting on the event, Flanagan said:

“Yesterday we had men and women, young and old living with Parkinson’s, gathered outside Leinster House to campaign for Parkinson’s Specialist Nurses. The reality is, it doesn’t matter who you are, where you come from, how old you are – any family can be affected by this disease. Yesterday the Minister for Health Stephen Donnelly promised 20 new neurological posts in Budget 2023. The inclusion of the 20 neurology nurses would be an amazing step forward but we also need to see 6 of those allocated to people with Parkinson’s whose complex care needs are being neglected.”

Parkinson’s campaigners look forward to seeing the announcement in the Budget.

People can add continue to add their support to the campaign to for proper care for people with Parkinson’s Disease by signing the petition on Uplift here: https://my.uplift.ie/petitions/decommission-operation-transformation