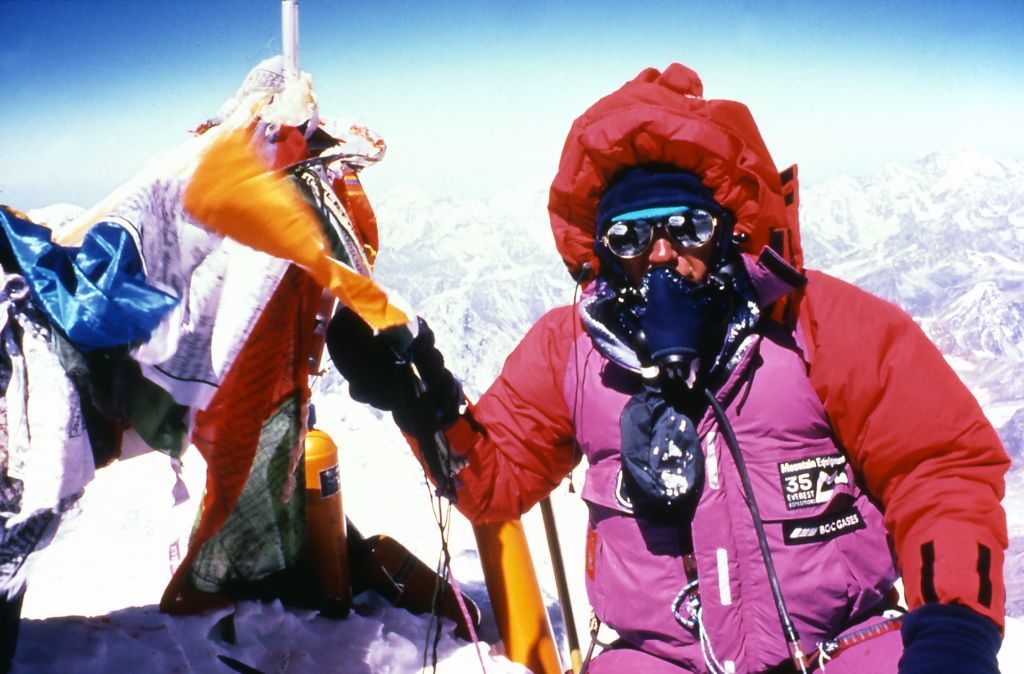 Explorer extraordinaire, businessman, motivator and inspirational speaker, Pat Falvey, has recently published his autobiography, Accidental Rebel. In it, he charts the highs and lows of his life and his philosophy  which is to think big and refuse to accept society’s restrictions. Pat, one of Cork’s most famous ‘norries’ is proud of his north side roots and the resilience of its people, often in the face of adversity.

Born on Baker’s Road in Gurranabraher, Pat went to live with his grandmother from the age of six to twelve on Orrery Road, close to his parents’ home. (His mother didn’t want her own mother to live alone.) Now aged sixty-one, Pat looks back on his formative years and credits his parents, and in particularly his maternal grandmother, Mary B O’Callaghan, for instilling in him a strong work ethic. Astonishingly, his grandmother had him out working at the age of six, paying him to collect old clothes from households which she would sell at markets.

‘My grandmother was a carter, selling clothes from a cart. Later in life, she had a Hiace van driving to Macroom and places like that to sell. She was a matriarch who taught me the art of confidence. She had me going around the streets of north side Cork, home to five thousand council houses.’

Pat says his grandmother ‘bate positivity into me as a young child. She was ahead of her time. Now, I’m one of the top motivational speakers in Ireland and l lecture all around the world, talking about my grandmother’s philosophy. She could neither read nor write.  But she articulated her philosophy by saying I had to work hard. She set me up when I was six with a pram to collect second hand clothes, going from door to door. Believe it or not, by the time I was twelve, I had £750 in the bank. At the time, it cost £3,000 to £4,000 to buy a house. My grandmother was an amazing person. She made me put the money into a piggy bank and then in the bank.’

When Pat was aged twelve, his grandmother wanted him to attend Farranferris seminary. ‘Not alone did she want me to be a priest. She thought I’d make a great bishop. My mother took me back home. She didn’t want me to go to Farranferris so I went to the North Monastery.

‘My grandmother always called me her bar of gold. She made me an entrepreneur, right from the start. One of the things she told me was probably what made me the person I am. I was pushing a pram of clothes, passing the Opera House. Three Americans wanted to take photos of poor Irish children.  I was on my way to the Coal Quay market with my wares when the Americans asked if they could take my picture. So that was my first modelling job! I put out my hand and got money from them. One of the Americans said that poor Irish children are far happier than American kids. That really struck me. So later, I asked my grandmother if we were better off poor. She gave me a clatter as only a grandmother could do. She dragged me into the house and put me in front of four iconic pictures. They were pictures of the Sacred Heart, the Pope, De Valera and JFK. My grandmother said I was as good as JFK. So at twelve, I started to believe I was as powerful as him.’

At fifteen, Pat left school – ‘to become a millionaire. I didn’t really know what money could do. But ingrained in me was the art of salesmanship.’ Following in his father’s footsteps, Pat worked as a bricklayer and developed a construction business. By the age of twenty-three, he had achieved his ambition of becoming a millionaire. However, the 1980s recession all but destroyed his business and brought him to the brink of suicide.

‘In the building business, I had done very well. I was a bit of an obnoxious asshole on the basis that I was ruthless. When you’re young and like that, you’re kind of heartless. The best thing that ever happened to me was that I got a kick in the arse. It brought me back to my background which my grandmother told me never to forget. I had jumped beyond my station. I expanded too fast. I didn’t listen to advice. In 1986, when the mortgage rate was 18%, I had £2m borrowed and the interest rate was 36%. That’s when I tried to take my own life. Then I had a twist. I started to admit to my family and the banks that I was in trouble.’

On top of Everest

When Pat emerged from the darkness, he was ready to dream big again. When, for the first time at the age of twenty-nine, Pat stood on top of Carrauntoohill, Ireland’s highest mountain, he subsequently  announced that he was going to climb Mount Everest.  True to his word and his grand vision for himself, he stood on top of the world’s highest mountain, nine years after his declaration. He went on to become the first person in the world to complete the Seven Summits twice, by climbing Everest from both its north and south sides. He was the first person to lead an Irish team across Greenland.

Pat is all too aware that luck was on his side during his years as an extreme adventurer when thirty of his friends and colleagues lost their lives in some of the world’s most hostile and spectacular environments.

Now based in Killarney, Pat is conscious of his good fortune. ‘I’m a solid believer that when you come from an area like I did, it’s important to give back. People make derogatory statements about Cork’s north side. I really get mad at the fact that what these people are doing is judging a whole community. Basically, northsiders are some of the smartest, quickest people. But people knock their confidence. I do a lot of work on the north side. I go to schools there, instilling positivity, particularly in regenerated schools. I had a project where we brought four kids to the Antarctic, two of whom were from Knocknaheeny,’

Pat, who says he was semi-literate until he was thirty, has now written seven books with the help of ‘a good editor.’ He recalls the first time he went to the Himalayas. ‘I went there to find myself and I wanted to become a dropout like the hippies in Kathmandu. I was this capitalist who was now about to turn. But my mentors, who were Buddhist monks, said I would be a thundering disgrace if I did that. They said I had talent and that I was on planet earth to enhance my talents and not throw them away. They said to me that life isn’t a rehearsal; it’s a performance. It is up to me to do the best I can.’

Although Pat can command a fee of €22,000 for motivational speaking and had to turn down an offer of $40,000 in the US as he was going to the Himalayas, he is ‘still the same Pat Falvey. I’m a bricklayer that learned a load of lessons.’

Right now, his greatest ambition ‘is to become the best grandfather that I can, maybe because I don’t think I was the best father.’  Clearly, this adventurous summit climber is now fully grounded.

Accidental Rebel by Pat Falvey is published by Beyond Endurance Publishing at €24.99.