The Nathaniel Hones, the Caryatids and the Elgin Marbles 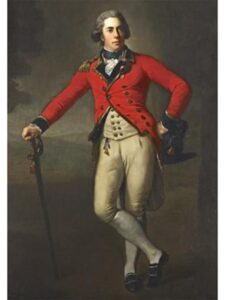 During the Good Old Days before Covid19 put a halt to our gallops I attended an exhibition of Nathaniel Hone’s paintings at our National Gallery. Nathaniel (1831-1917) was a scion of that Hone family that includes his great grand uncle, the painter, Nathaniel Hone the Elder (1718-1784), and the painter and stained-glass artist Evie Hone (1894-1955). Among the younger Nathaniel’s paintings on show, all of them very engaging, one in particular caught my attention: a landscape depicting the famous caryatid monument in Greece in which the six female figures (the ‘caryatids’) act as pillars to hold up the entablature overhead.

The artist does a fine job in showing the monument in all its ruined beauty. It is indeed a wonderful artifact and makes a compelling subject for any artist, and especially one as accomplished as Hone in conjuring up the beauty of classical Greece.  But it was the gallery note beside the picture that arrested my attention almost as much as the painting. It informed me that although Hone had painted six figures, only five were in situ by the time he arrived in Greece. One can only assume that, as an artist, his sensibilities would not allow him to break the symmetry of the classical design and so perhaps that was the reason why he performed this sleight of brush.

But what happened to the missing caryatid? Subsequent excursions on Wikipedia (long may its name be praised!) told me that she had ended up as an ornament in the garden of the Scottish Lord Elgin, having been ‘appropriated’ by him in 1801, the year that he had his men hack off half the frieze from the nearby Parthenon.  He claimed he had received permission but that is seriously in doubt. Subsequently he sold the pieces to Great Britain and they were deposited in the British Museum where they have been on show ever since as ‘The Elgin Marbles’. 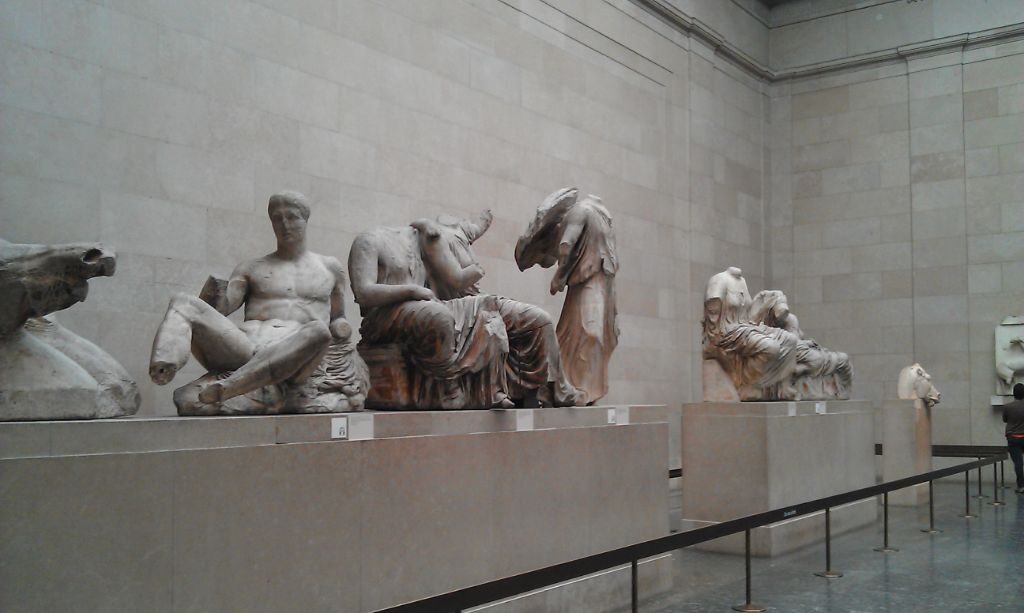 It is argued that Elgin did us all a favour in removing these ancient artifacts, thereby saving them from the ravages of erosion. Certainly it is true that they had suffered from the weathering of 2500 years. There is also the sad fact that some stonework from the Parthenon and the monument complex around it had been carted away as building material. The site was indeed in an increasingly perilous physical condition by 1801. However, since Greece has now the ways and means of overcoming these difficulties there should be no refusal to its request (made many times over the years) that these important cultural artefacts be returned to where they belong. Furthermore, the contention that Elgin was primarily concerned about the physical state of these architectural treasures wears thin when we consider that he attempted to remove a second caryatid and, when technical difficulties arose, tried to saw it in pieces. The statue was smashed in the process and its fragments scattered. It was later restored by the Greek authorities.

Elgin’s dreadful act remains one of the most iconic examples of imperial rapaciousness, but is only one in a sad litany. I was stunned when I saw the great ornamental urns in Beijing’s Forbidden City still bearing the marks left by the British occupying forces after they had scraped off the gold coating. In fairness, I should add that the British were not alone in having engaged in ‘cultural vandalism’. Think of the depredations inflicted on the Inca temples by the Spanish. And as for the argument that ‘those times were different times, with different attitudes …’ – that ‘excuse’ does not lessen the horror.

But back to Nathaniel Hone. He was a member of a prominent Anglo-Irish family that arrived in Ireland with Cromwell and which over the centuries produced men and women gifted in several walks of life, including the production of fine artwork. But it was Nathaniel’s ancestor, Nathaniel Hone the Elder (1718-84), that came into my mind while I was viewing the caryatid painting. I hurried down to the Irish Rooms to view again his large canvas, ‘The Conjuror’, which he painted in London in1775, during a period of intense rivalries in the art world (when was there ever a period without?).

‘The Conjuror’ depicts a figure resembling Sir Josuah Reynolds (1723-1792), the famous English portraitist, whom Nathaniel the Elder represents as pointing to prints resembling works by Michelangelo and other famous artists. It is a satirical picture and clearly implies that Reynolds was engaging in plagiarism, as its title suggests. It was a canvas that involved Hone the Elder in a good deal of controversy at the time, not least because by other careful inclusions he managed to cast aspersions on other aspects of Reynolds’ character.

It is obvious that the elder Nathanial was more than miffed at such apparent ‘borrowings’ from the works of others and wanted to make a point about people who might be stealing other people’s work. No doubt the younger Hone shared the strong disapproval of his ancestor in this matter, as would most artists. Perhaps he also may have felt instinctively that he should repair the damage done to the classical Greek monument by restoring the stolen caryatid, thereby rescuing something of its former splendour? An idle conjecture on my part I know, but one which I like to believe. It certainly presents a more pleasing picture than the thought of the Lord Elgin attempting to saw a second caryatid into sections for transport home to sell to the British Museum.