How is it that certain singers pitch their tent in our musical terrain and take up permanent residence there? 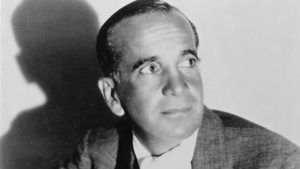 In the twenties Al Johnson wrapped his audience in a great bear hug of sound and emotion with a potent mixture of Jewish cantor fervour overlaid with a generous coating of American show-biz sentimentality.  In the thirties Bing Crosby beguiled a generation (his radio show attracted fifty million listeners) with a style so tantalisingly artless that it enticed a small army of would-be Crosbys to enter the business.  To them it seemed that no great vocal range was needed nor a well-honed vocal technique as long as you could carry a tune.  But what the Crosby clones failed to realise was that Crosby’s unique musical DNA was his alone and so the numerous Crosby mimics were always destined to live in the shadow of the master.

In my case, having listened to hundreds of singes over the years, three singers in particular secured a permanent tenancy in my musical make-up – Frank Sinatra, Bob Dylan and Dietrich Fischer-Dieskau. 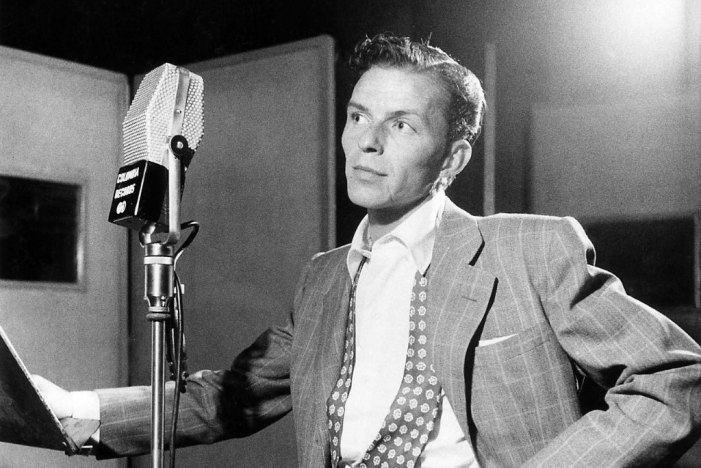 Sinatra’s performance as a struggling songwriter in the 1954 movie Young at Heart  was the beginning of my life-long admiration of the man.  Two of the songs from the movie – Just one of those things  and the title song were issued as a 78 rpm, and whatever alchemy the slim Hoboken baritone brought to them made me a life-long enthusiast.  When the Dublin branch of the Sinatra society was formed more than twenty-years ago I joined with up to fifty fellow Frankophiles to celebrate his musical journey which began with the Harry James band in 1939.  The monthly meetings of the Society not only subjected Sinatra’s art to a forensic examination but introduced us to a whole host of singers, many of whom we had never heard of on this side of the Atlantic.  Names like Johnny Hartman, Mildred Bailey, June Christy, Blossom Dearie, Jon Hendricks, Bobby McFerrin, Margaret Whiting and many, many more were featured in the monthly programmes presented by the members of the Society.

The qualities that made Sinatra such an outstanding interpreter of the Great American Songbook have been well documented – his uncanny control of phrasing, his ability to narrate a lyric as if newly minted and interpretative powers that raised the bar far beyond the reach of his contemporaries.  Fans of Tony Bennet, Mel Torme and Vic Damone will no doubt disagree but when measured against the series of Sinatra albums recorded in the late fifties the gap between Sinatra and his rivals was unbridgeable.  Three albums for Capitol in the late fifties raised the art of popular singing to unprecedented heights.  No longer could he be dismissed as a mere crooner.  This was a man who took his work seriously.  Whereas Bing’s time in the studio was spent with one eye on the studio clock and the other on his golf tee time, Sinatra was focused solely on every detail of the arrangements.  Gordon Jenkins, Nelson Riddle, and Billy May provided the inspirational frameworks for Sinatra multi-faceted talent – a series of albums that established a standard of popular singing that has never been equalled. 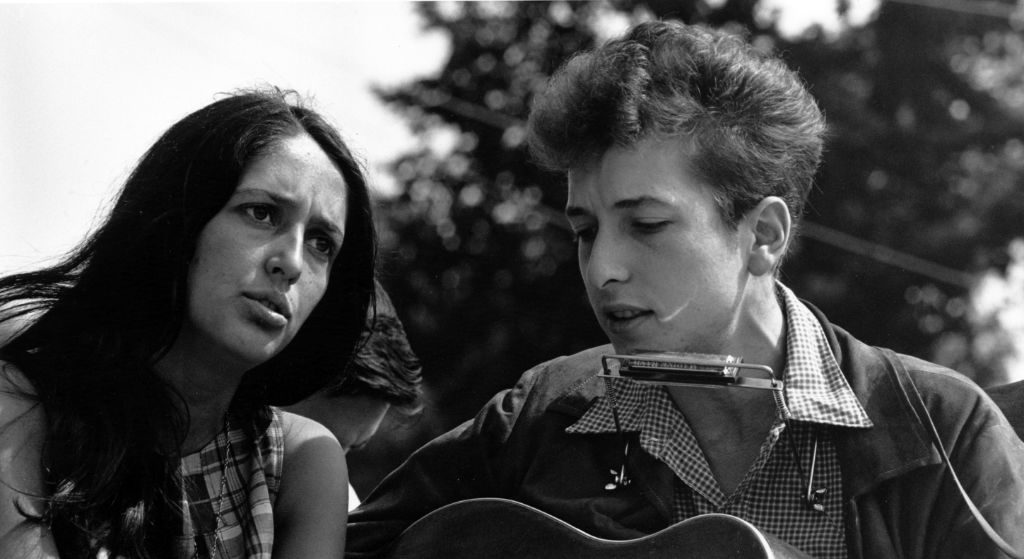 In the early sixties I was caught up in the folk revival of the time.  Albums from Joan Baez, the Carter family and Doc Watson vied for space with those of the great big bands and small group jazz combos from the thirties and forties, when suddenly out of a clear blue sky a certain Robert Zimmerman later to be known as Bob Dylan took his place in my musical psyche.

The play’s cast list in the Radio Times read simply – Folk singer / Bob Dylan.  No Dublin record store had ever heard of Bob Dylan but one obliging store owner consulted a weighty catalogue of record titles and discovered that Dylan had just one recently recorded CBS album to his name.  I accepted his offer to order a copy from the U.S.  The record eventually arrived and I hotfooted into the city centre shop.

Would I like to hear a track?  Would I ever.  The perils of frequenting the House of the Rising Sun soon filled the acoustic of the small room – a space more used to accommodating show-band covers and Country and Irish touchy ballads.  The proprietor was less than impressed.  His nose wrinkled and his eyes focused on this odd customer.  “

‘Do you like that stuff’?  he asked incredulously, not sure whether just to humour me or send for the men in the white coats.

Friends of mine involved in the Dublin folk scene were similarly unimpressed by this exotic youth from the States until he began to establish his presence as a major figure in contemporary American music.  I must have seemed unashamedly smug as I charted my protégées progress from obscurity to the world stage as my contemporaries scrambled to board the Dylan band wagon.

I have always preferred the acoustic Dylan to the later electrified version while acknowledging the massive international following that his later work has inspired.  For me that swan on the river will always be gliding by to that spare guitar accompaniments.  A poet? No way. W B Yeats was a poet. 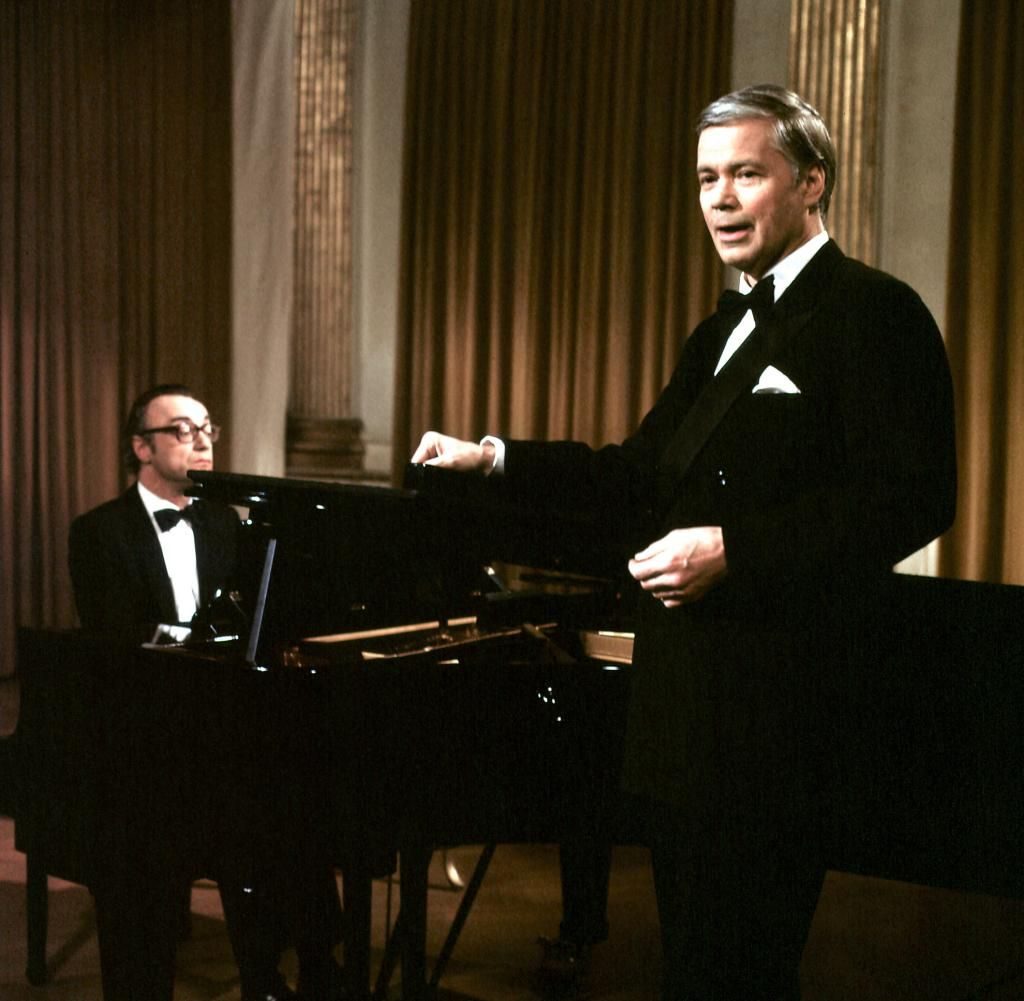 I seriously consider the German baritones’ Don unsurpassable and, everything considered, the greatest performance of any complete operatic role ever recorded – Records and Recording

One of the great artistic experiences of my life – Benjamin Britten

The above are marvellous critical accolades for Dietrich Fischer-Dieskau, not a name that rolls easily off the tongue. DFD is much handier.  Italian born tenors will always be crowd pleasers par excellence with baritones destined to be the solid support in the world of opera. But there is more to singing than opera. The worlds of oratorio, art song and early music await the dedicated artist and in all these forms DFD excelled to a degree not known before his arrival.

In opera DFD’s repertoire bridged the gap between the refined filigree of Mozart to the heavy lifting of the works of Richard Wagner.  Benjamin Britten was moved to pen the tribute above having heard DFD’s performance in Britten’s War Requiem.  He triumphed in Verdi’s Falstaff, Otello, Macbeth and Rigoletto.  His performance as Don Alfonso in Mozart’s Cosi fan Tutte as the Don in Don Giovanni and Papegeno in the Magic Flute were hugely acclaimed whether on stage or on record.

But his lasting legacy must be the vast body of recorded German art song.  He sang the works of Schumann, Hugo Wolf, Richard Strauss and Karl Loewe with his sublime interpretative powers but more important still is his recording of all of Schubert’s 600 songs recorded over a period of six decades with the pianists Gerald Moore, Daniel Barenboim and Jorg Demus.

Over the span of his career which began in the early fifties DFD recorded the works of a staggering 125 composers from early baroque to the works of contemporary writers.

All of this from a man who rushed away having given a recital of his own to fly to another city to catch a performance of Ella Fitzgerald and Duke Ellington.

His biographer Kenneth Whitton put it best when he wrote ‘Over the last thirty years, I have heard all his recordings and seen many of his stage performances.  When I play through my many records and compare his performances in Mozart, Verdi and Wagner, and his pioneering work for twentieth century operas with the great voices of the past and present.  I am hard put to find his peer overall.  Many singers have had as beautiful voices perhaps; many as strong, many as flexible instruments – but none, I am certain, have been able to put the voice to the service of the composer and his librettist as faithfully and as beautifully as this Mastersinger.’

The greatest singer the world has known?  As the Carlsberg ad says – probably.

No show like a Joe Show.. Michael Lyster remembers the great Joe Dolan

The trouble with angels