Eamonn Lynskey looks into the portrayal of these mysterious beings

When the Christian Fathers sat in conclave at the Council of Laodicea in 363 AD they had a full agenda before them. It was still early centuries in the history of Christianity and the matters for discussion included the need to maintain order among its bishops and clerics, as well as the enforcement of modest behaviour among its laity – perennial preoccupations which would not lessen in succeeding centuries. There was also the question of how to deal with heretics and the need to set out regular liturgical practices. And there was the trouble with angels.

The Fathers were aware of an increase in the veneration of angels, the offering of prayers to them and the asking of favours from them. This was a practice that had become widespread in Christianity by the 4th century. Was there a danger that angels, the messengers and servants of God, might come to be regarded as His equals? St Paul in a letter to the Colossians had warned about ‘grovelling to angels and worshipping them’.

As with any organisation, then and now, those in charge were aware of the deleterious effects of splinter groups. The Council therefore prescribed excommunication for members of cults who invoked angels in order to gather followers. However, nothing was said against the veneration of angels as messengers of God. 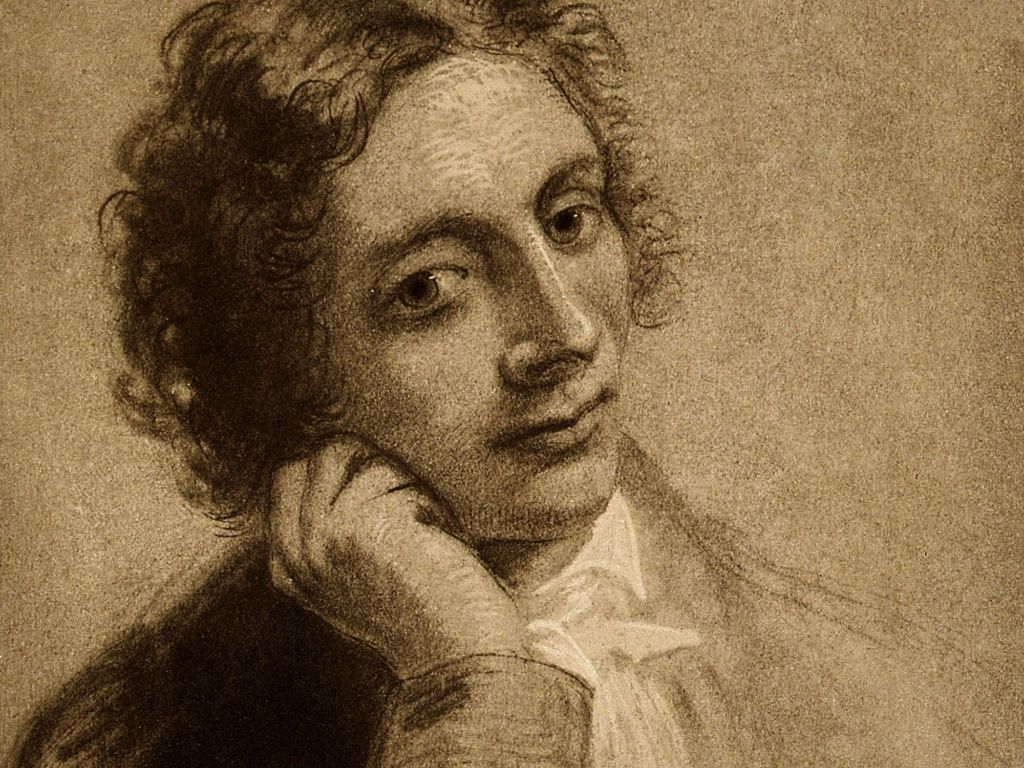 The debate itself is a sign of the importance of angels in the life of early Christianity. But the trouble was that these ethereal beings were never wholly amenable to church rules and regulations. Holy persons can be canonized as saints (or uncanonized, as in Vatican II in 1962); martyrdoms can be recognised; miracles can be adjudicated; liturgy formulated – but angels are a different matter. They are much favoured by God – being His courtiers, dedicated to praising Him and adoring Him continually in heavenly choirs. Besides, they existed before the Church did or even before humans did, according to The Book of Revelation, which describes the palace coup attempted by insubordinate angels against God and suppressed by loyal angels under the command of Archangel Michael. These rebels, incited – we are told – by their ringleader Satan were cast out of heaven and thereafter dedicated themselves to doing evil evermore to mankind, or until the Day of Judgement at least. And this of course is another trouble with angels: they are not all good. Any appearance of The Angel of Death – or his comrades Famine, War and Conquest – is never welcome. Furthermore, angels are multidenominational, appearing in other religions besides Christianity, including Islam. 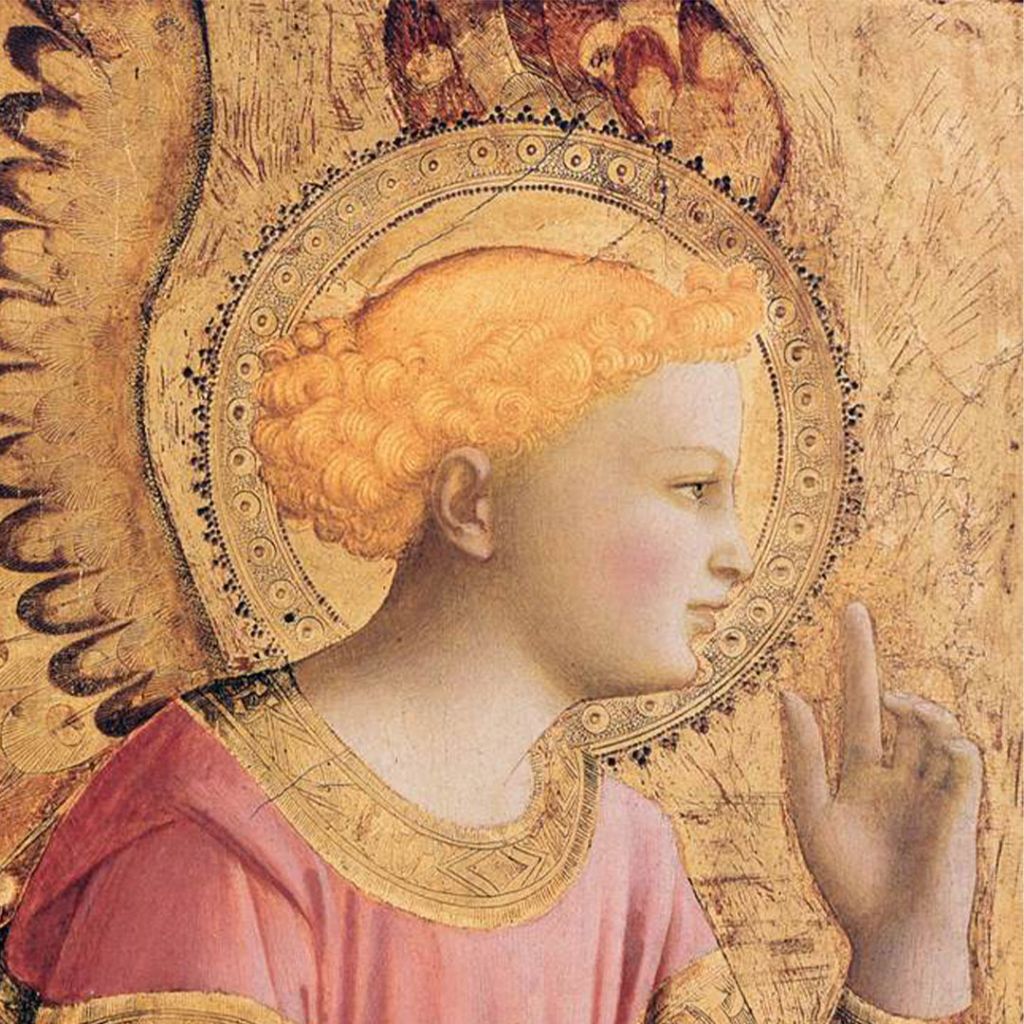 From earliest times, angels have had as much a hold on the popular imagination as they have today, and even more so. This devotion to heavenly spirits had led to developments that had little – or even nothing at all – to do with Church teaching. Since 380 AD, when Christianity had been declared the State Church of the Roman Empire, the depiction in paintings and frescoes of these heavenly spirits had begun to change. One of the major changes was that angels began to acquire wings.

Biblical details about these appendages are vague, particularly in the New Testament. All four of the Evangelists acknowledge the intervention of angels in human affairs, but details of their actual appearance are scant. These heavenly beings usually take the form of human-like creatures, recognisable as angels only by a glow that surrounds them. They arrive to deliver messages from on high, as in Luke’s gospel when the archangel Gabriel visits the young virgin to announce to her that she is to become the mother of Jesus Christ. And indeed, the word ‘angel’ derives from Hebrew and Greek and means ‘messenger’. Sometimes angels offer help and solace, as when an angel appears to Jesus during His agonies on the Mount of Olives: ‘Then an angel appeared to him, coming to him from Heaven, to give him strength’ says Luke, but he gives no detailed description of that angel. Nor does he give any of the heavenly beings who appear to the shepherds to tell them where to find the Holy Infant. Nor of the two strangers that the women meet at the tomb of Jesus, except to hint at their attire: ‘… two men in brilliant clothes stood at their side’.

Despite this lack of scriptural authority, after the 4th century angels began to be pictured as having wings, as well as some other additions such as haloes and improvements in the design of their former simple attire. The acquisition of wings derived from ancient mythologies which predated the Bible, such as the supernatural winged beings of ancient Babylon and the vast array of Greek and Roman gods. For instance, figures like Mercury, the Roman winged messenger from Olympus, influenced depictions of Gabriel. And the Archangel Michael was increasingly portrayed with his foot on a dragon (Satan) and with his mighty sword held high, resembling Pallas Athena, the warlike goddess of ancient Greece. It was a good fit, considering Michael’s unparalleled military victory over Satan’s forces of evil, as previously mentioned.

So it was that in the course of the centuries, angels – once depicted as human-like but ethereal creatures who dressed in simple clothes – evolved into something often quite different: substantial beings, sumptuously clad, and with wings. By the time of the Italian Renaissance many angels had acquired beautiful flowing apparel, as can be seen in the figure of Gabriel in the Annunciation paintings of such masters as Leonardo da Vinci (1452-1519) and Carlo Crivelli (1430-1495). A similar increasingly luxurious portrayal can be seen in many other works like those of Andrea Botticelli (1445-1510) where the angels are also shown to have somehow mastered the playing of a wide range of the musical instruments popular at the time.

These changes in the depiction of angels could have been sent from on high into the minds of these great artists but it is more likely that they are a response to the consumer demands of the period – particularly to the demands of fabulously rich merchant princes like the Medici, and a Church which had long left behind its early days as a minor and persecuted sect and had become a rich, opulent and powerful organisation. Fulsome artistic interpretations of ethereal beings were welcomed by Popes, Cardinals and Bishops who were prepared to foot the bill for even the most extravagant of statues and paintings. And in the Italy of the 1500s there was no shortage of masters like Michelangelo and Bernini to step up and supply that demand. It could be argued that the magnificent and memorable visualisations of angels by the extraordinary artists of that extraordinary period in Western art shaped the image of angels in the popular mind from that time onwards.

Another practice – again with no biblical or Church authority behind it – was the introduction by these Renaissance masters of ‘baby angels’ in many of their works. These diminutive figures are descendants of the little beings prevalent in the art of ancient Greece and Rome who were often shown frolicking in the company of the pagan gods and goddesses. Their inclusion in Christian religious paintings derives from this ancient tradition, but also because of a belief that had come about in the minds of the faithful that young children who died early went straight to a heaven in which they lived a happy and playful existence. These little winged beings, once the attendants of Bacchus and Venus, came to be shown in attendance on the Madonna and the infant Jesus, as in the 17th century artist Giovanni Sassoferrato’s wonderful ‘Virgin and Child seated in Clouds’, (National Gallery of Ireland). As art historian Erika Langmuir writes: ‘When infant mortality was high, images of happy babies gambolling in Heaven helped to console bereaved parents, sustaining the popular but heretical belief that [these]angels are the ascended souls of infants who die in a state of grace’ (‘A Closer Look – Angels’, published by the National Gallery of London, 2010).

This suggestion as to the origin of these baby winged figures raises the question as to the origin of so many other changes in the appearance and function of angels over the centuries. Are these changes a divine transformation by the angels themselves, constantly adapting to our needs? Or is it we, earthly beings, that bring about these changes by projecting onto these heavenly beings our needs and desires? Which of us has never wanted protection from harm? Who has never longed for a someone to look out for their interests? Or for a someone who will come to comfort them in their hour of despair?

These very understandable human longings could explain another popular notion regarding angels. Certainly Gabriel, Michael and Raphael are involved in important work – are members of God’s inner cabinet, so to speak – but there are a host of other less important spirits which are said to act in a protective capacity as our ‘guardian’ angels. Everyone has one, sometimes two it’s said, to guide them through life, as used to be shown in the ‘holy pictures’ that children once received as presents to insert in their prayer books. These little cards would often picture a child going too near a cliff edge, or in some other danger, and a winged spirit intervening just in time.

And there is no escaping the presence of angels in everyday life. ‘You’re an angel’ we might say to someone who does us a favour. Or we might describe a piece of music as ‘angelic’. They are present too in many artworks, other than the visual. John Keats writes about how ‘Great spirits now on earth are sojourning’, while Emily Dickinson in her poem entitled ‘A Poor, Torn Heart’ declares that ‘The angels happening that way / This dusty heart espied, / Tenderly took it up from toil / And carried it to God’. And in that old cinema classic High Society we have Bing Crosby and Grace Kelly singing ‘For you and I have a guardian angel / On high with nothing to do / But to give to you and to give to me / Love forever true …’. 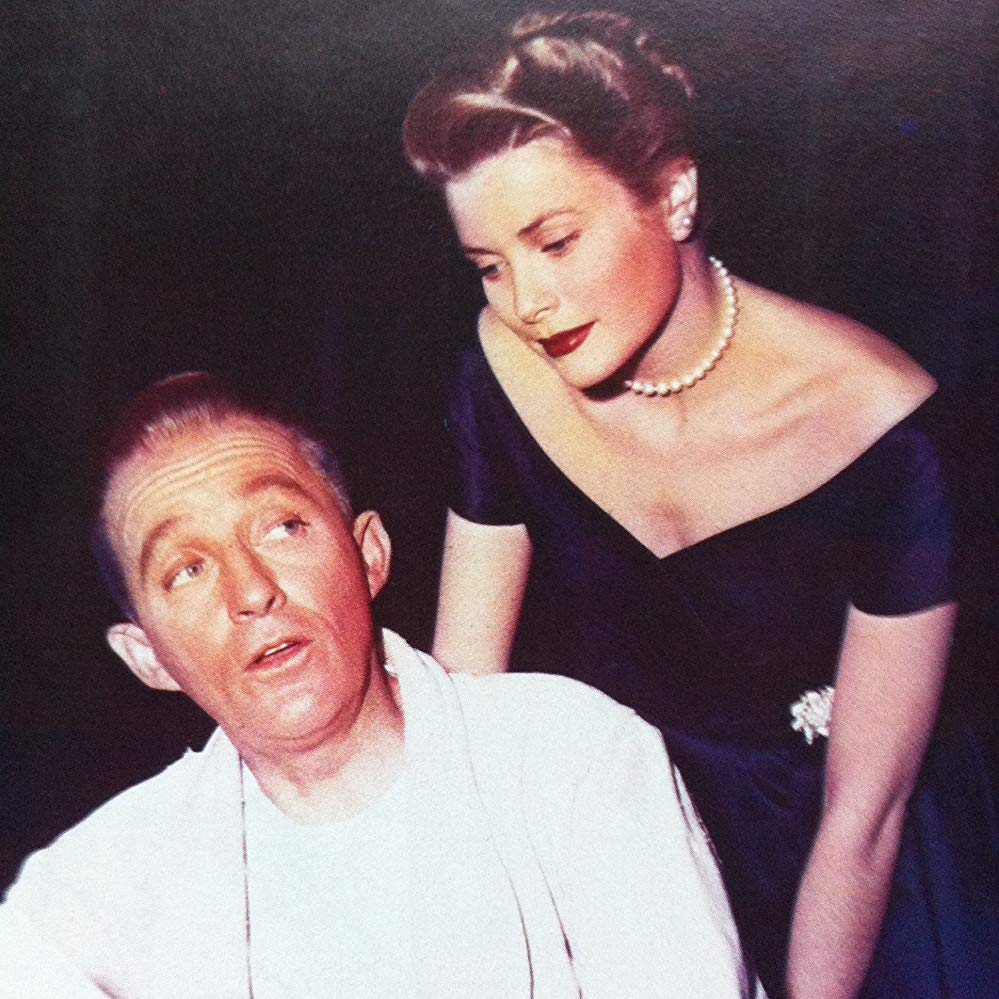 How comforting! But can it be so? Are we really looked after from Above? The time to start thinking about this question is the next occasion when you are dumbfounded by an extraordinary coincidence in your life, or when you barely survive a brush with something really undesirable, or perhaps when you have a sudden and totally unexpected stroke of good luck – events for which you will be at a complete loss to explain. Unless … Unless there has been some form of mysterious intervention. The trouble with angels is … you’ll never know for sure.

Arnold Bennett: poet of The Potteries