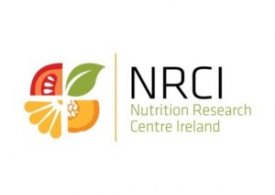 With an ageing population, it is estimated that around 150,000 adults in Ireland will experience symptoms of dementia by 2045 (1). While there are many different types of dementia, defined as a deterioration in memory, thinking and behaviour, Alzheimer’s disease is the most common form.

There is currently no cure for Alzheimer’s disease; therefore, more focus is put on preventative strategies to slow the progression and reduce the severity of disease. Several lifestyle risk factors have already been identified for dementia, such as low physical and mental activity levels, smoking, excessive alcohol consumption and being overweight. However, it is thought that around a third of Alzheimer’s cases could be avoided if lifestyle changes are implemented.

Mediterranean Diet and the Ageing Brain

A Mediterranean diet is best known for its high intake of plant foods, olive oil and fish, alongside lower consumption of dairy products, alcohol, and saturated fats. There is already a lot of evidence showcasing the positive health impacts of a Mediterranean diet. Additionally, there is a large consensus that sticking to a Mediterranean-style diet is associated with better cognitive performance, slower rates of cognitive decline, better brain structure and function in later life, and a reduced risk of developing Alzheimer’s disease.

NRCI scientists have analysed the Mediterranean diet and have identified the key nutritional parts of the diet, namely carotenoids and omega-3 fatty acids that may be beneficial for brain health.

Prof John Nolan and his team at South East Technological University, Waterford has played a crucial role in understanding more about the direct influences of targeted nutrition on eye health, as well as, cognition and brain health. Using evidence-based science, the team has identified that a nutritional supplement formulation (containing carotenoids and omega-3 fatty acids) can benefit certain elements of cognition in healthy, mildly cognitively impaired individuals, and patients suffering with Alzheimer’s disease(2).

A number of carotenoids (nutrients that come from plants) have been identified in brain tissue (3) Research by the NRCI has shown that patients with Alzheimer’s disease are deficient in the carotenoids – lutein, zeaxanthin and meso-zeaxanthin.(4, 5)

The brain needs a lot of oxygen to fuel itself, using a fifth of the body’s total oxygen intake. As a result, a lot of unstable molecules known as free radicals are produced. This leads to oxidative stress where body cells and tissue can be damaged because of consistent exposure to these unstable molecules. 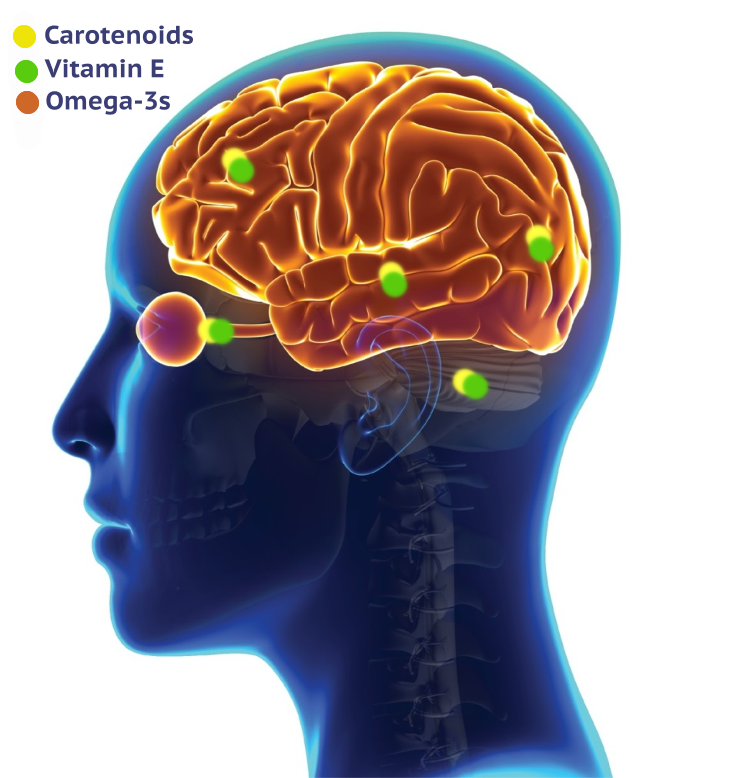 Due to their chemical composition, carotenoids primarily act as antioxidants, mopping up the unstable molecules that cause damage to the body. Omega-3 fatty acids on the other hand are primarily involved in the control and resolution of inflammation.

Given that oxidative damage and inflammation are known factors in the development of Alzheimer’s disease in the brain, it is likely that carotenoids and omega-3 fatty acids can play an important role in slowing down the mechanisms associated with cognitive decline and Alzheimer’s disease.

Given the reported positive effects of omega-3 fatty acids and carotenoids, the team at NRCI explored in several trials whether supplementation with these nutrients supported brain health.

Findings from the most recent NRCI project, The Memory Investigation with Nutrition for Dementia (re-MIND) trial(6), have reported slower rates of disease progression, as well as, improvements in quality of life for the patients with mild-moderate stage Alzheimer’s disease on the active intervention.  Carers of patients taking the carotenoid, fish oil and vitamin E formulation, also reported improvements in memory, mood, and in the ability to carry out day-to-day activities such as getting dressed independently or making a cup of tea.

This innovative study was published on 25 October in the esteemed Journal of Alzheimer’s Disease. The Editor-in-Chief, Professor George Perry, noted “The Re-MIND study adds strong clinical evidence to the growing body of data supporting a key role for nutrition in reducing the incidence and slowing the progression of Alzheimer’s disease with supplements.”

DHA contributes to the maintenance of normal brain function. The beneficial effect is obtained with a daily intake of 250mg DHA.
Food supplements should not be used as a substitute for a varied and healthy diet.

A patient in the Time of Covid..