In the latest of her literary-themed travels around these islands, Lorna Hogg visits Manchester and Knutsford, Cheshire which have close associations with the celebrated Victorian novelist Elizabeth Gaskell 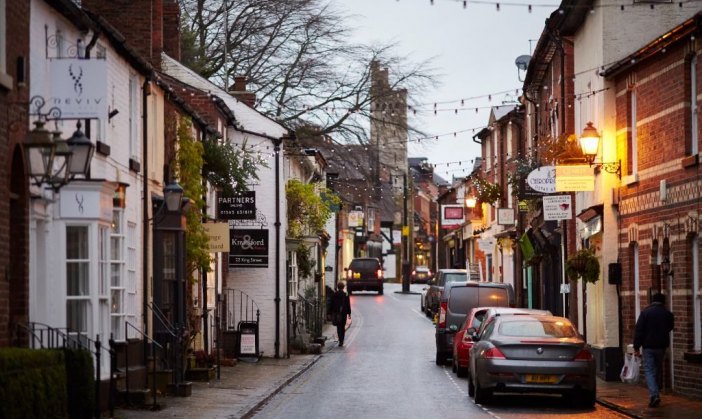 Elizabeth Gaskell, one of the most important and underrated Victorian writers, was born  the youngest of eight children, on 29th September, 1810, at 93, Cheyne Walk,Chelsea. Her parents were William Stevenson, a Unitarian preacher and Treasury official and his wife Elizabeth. The young Elizabeth encountered tragedy early. She and her brother John were the only family children to survive infancy –  and  her mother  died when Elizabeth was only 13 months old.

The toddler was then sent to live with her aunt and her husband in the pretty village of Knutsford, in Cheshire. Her father’s  re-marriage quickly followed,  which diluted father/daughter contact.  Her older brother John  remained closer, sending her books, and visiting  when he was off duty from the Merchant Navy.

Elizabeth grew into an attractive intelligent girl, gentle, well educated and very popular. With an independent  spirit, she did some family research, travelling to Edinburgh and Newcastle. In 1832, Elizabeth  married the Unitarian Assistant Preacher William Gaskell in Knutsford,  and moved with him to his Manchester parish, Cross Keys, where he was assistant preacher.They lived near to the busy Oxford Road,  within reach of some of the city’s great mills at Chorlton  – surroundings which had  a strong influence on Elizabeth’s literary future.

Their daughters Marianne, Margaret Elizabeth (Meta,)  and  Florence joined them, followed by Julia in 1846. Elizabeth adored her family, and grieved deeply when her baby son William died in 1845 from scarlet fever.  William Gaskell suggested writing a novel to take her mind off her misery – she had already published some short stories.

Mary Barton (1848)  was set in contemporary Manchester, the famed  Cottonopolis, noisy and producing around 40% of cotton textile,  but teeming with filthy and crowded slums. The story opened a nation’s eyes to the plight of ‘the careworn men, who looked as if doomed to struggle through their lives in strange alternations between work and want.’  It was published anonymously, and won the praise of  contemporary literary greats, such as Carlyle and Maria Edgeworth, as well as becoming  an enormous success.

With a growing  family, plus Elizabeth’s  growing fame, a larger home was needed. In 1850, she was able to write to a friend – ‘we’ve got a house, it certainly is a beauty……I must try and make the house give as much pleasure to others as I can’.  She was aware, however,  of the costs involved – jokingly writing that ‘My dear! – it’s £150 a year, and I dare say we shall be ruined. I’ve already asked after the ventilation at the new Borough Gaol..’

The house, at 84, Plymouth Grove, (now painstakingly restored and open to the public)  was then on then Manchester’s outskirts. It was a peaceful Victorian villa, complete with gardens, an orchard – and the place where her books were created, written  on blue notepaper, whilst she gazed out over the garden.

By this stage, Elizabeth and William were  a  Victorian ‘power couple’ in a  Manchester which was then an thriving intellectual centre as well as an industrial powerhouse. The Gaskells entertained  journalists, the local famous conductor Charles Halle, social reformers such as Florence Nightingale  and writers including Charles Dickens, Harriet Beecher Stowe, John Ruskin and Charlotte Bronte. The latter famously once hid behind the drawing room curtains, as she was to shy to meet an enthusiastic fan.

Elizabeth researched her books thoroughly. In 1850 she wrote to Dickens asking for advice about a girl named Pasley, whom she had met in her volunteeer work as a prison visitor. Pasley would inspire the character Ruth,  (1853)  in the book of that name. Dickens edited and published  much of her work in his journal Household Words, although their professional relationship was somewhat fraught at times. Elizabeth also braved the disapproval of her husband’s Unitarian congregation over the  coverage of illegitimacy and prostitution, especially in her novel Ruth.   In other books, the coverage of  issues such as trade unions, the conditions of the working poor and  then unusual inclusion of regional dialects also drew mixed comment.

She was influenced by her own experiences and times . Cranford, (1851-3)  included the debate on the coming of the railways. It was televised successfully, as was  North and South (1854-5.)  which drew on her upbringing in Knutsford and the changes she encountered with her move to Manchester.  Aside from the  overarching love story, the descriptions of  disease ridden slum life, insecurity of employment, role of trade unions, struck chords with readers.  This was also the time, of course, when Irish workers were fleeing to Manchester, from the Great Famine.

In 1855, Patrick Bronte asked Elizabeth to write a biography of his daughter Charlotte. Unusually for the times, she focused on the woman, rather than the writer, but was discreet over personal challenges.  The Gaskells were financially comfortable at this stage, allowing for travel abroad with her daughters. In 1864, the serialisation of  Elizabeth’s  last novel, `Wives and Daughters’, began. However,  on 12th November 1865, at the house in Hampshire which she had purchased for William’s retirement, Elizabeth died following a heart attack . Her family continued to live in Plymouth Grove until 1913, and in 2004 Manchester Historical Buildings Trust bought it, and after an excellent restoration, and now hosts  tours and visits,

Gaskell had a critical press during the century following her death. Critics suggested that no woman could understand industrial problems, and that she knew too little about the cottton industry. However, from the 1960s  onwards, critics realised that her descriptions of prevailing social and industrial issues and conflict, as well as the woman’s role and perspective, were more in tune with the times. She is now recognised as a major Victorian author.  In 2010, a memorial was unveiled in Poets’ Corner in Westminster Abbey.

Manchester is a thriving modern city, yet it is quite easy to walk in the literary steps of  Elizabeth Gaskell. Many buildings (and street names) of her day remain. Explore the area between Piccadilly  and Market Streets, across to Princess Street,  in the  present Civic and main shopping areas.

The city retains many splendid buildings which housed the cotton warehouses – visit  King and Portland Streets. The ornate Royal Exchange, where 8000 cotton traders once did business, now houses asplendid modern theatre. Manchester Cathedral, The Town Hall,The Portico Library, (where Elizabeth researched), The sites of The Free Trade Hall and the Mechanics Institute all still stand. The city’s many banks were also housed in  splendid buildings, mostly in and around King and Market Streets.

Knutsford, in nearby Cheshire, also celebrates Elizabeth Gaskell and Cranford with a well mapped town walk.

Spread the love
Popular the arts