Some interesting stuff coming up in the world of theatre in the next few months. Sonya Kelly, creator of The Wheelchair on my Face, brings a light-hearted gaze at perceptions and possessions in Furniture. Told through the lives of six individuals, this fresh comedy looks at how the things we own shape our worldview and even ourselves. As she wryly notes, ‘Furniture is not sentimental. You can love it, but it won’t remember who you are’. See druid.ie

Writer Eugene O’Brien – he of Eden and Pure Mule fame – has a new play, Michael and Me, the clue is in title. In the summer of 2006, Scut Kelly, a part time bouncer in a midland town, is at his lowest ebb. At the same time, his all-time hero, pop icon Michael Jackson, is hidden away in the Irish midlands to get away from all the controversy and make music. What happens when they meet is the stuff of drama. At projectartscentre.ie

Light A Penny Candle, adapted by Shay Linehan and directed by Peter Sheridan is based on Maeve Binchy’s first book of the same name. Aisling and Elizabeth must survive DeValera’s Ireland, their raging hormones, and the struggle for independence in a world at war. Through it all, they discover that there is no right and wrong in this world, there is only what is right for those you love. If you though Maeve was simple and sweet, think again. There are some adult themes under discussion here.  More from gaietytheatre.com

St Patrick’s Festival Dublin promises five great days from March 14. This year’s parade celebrates our great tradition of storytelling. In addition to the main event is an exhibition by Irish photographer Eamon Doyle at the RHA, a cultural exchange between poets in Ireland, Scotland and young writers from Ballymun and an immersive theatrical experience, This Land that weaves Ireland’s oldest mythological tales with those of the new people who make the journey to our shores today. All the details from stpatricksfestival.ie 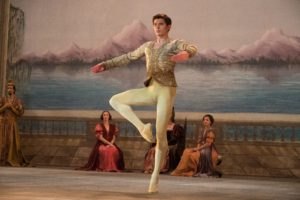 Actor Ralph Fiennes third directorial outing is The White Crow, which depicts the young life of Russian ballet icon Rudolph Nureyev through the long years of training to his sudden and scandalous defection to the West in 1961. Nureyev continues to fascinate and with a script from David Hare, this is highly anticipated.

Irish National Opera’s production of perennial favourite, Madama Butterfly, is on from the end of March in Dublin and Cork. Celine Byrne is the young Asian woman who takes up with a dashing Naval Lieutenant, but it is too good to be true. Expect tears and some incredibly beautiful music from Puccini. See irishnationalopera.ie for more detail.

Plenty to be going on with…
Maretta Dillon

Events around the Country / March April 2019

FURNITURE
Theatre
A light-hearted new play about perceptions and possessions: how the things we own shape our worldview.
March / nationwide tour
Information and booking: druid.ie

BEFORE
Theatre
Set in Clery’s of Dublin, on the very day this iconic department store shuts – for good.
From April 11 / various venues nationwide
Information and booking: fishamble.com

Finally, if you would like your event to feature in our list of arts events please email: events.country@gmail.com

Spread the love
going out the the arts