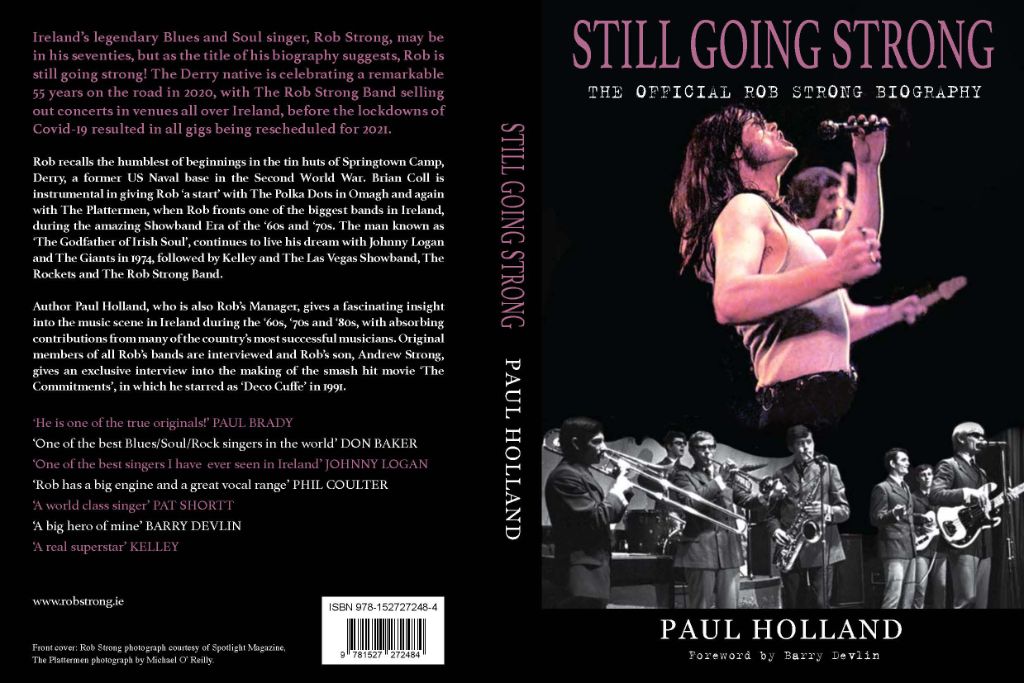 As the title of his biography suggests, the Derry born singer is ‘STILL GOING STRONG and continues to play all over Ireland in 2022. In the early 1970s nobody in Ireland personified the raw energy of rock blues and soul music like Rob. Known as ‘The Godfather of Soul’ but versatile in singing all genres, especially Rock, Blues, Jazz and Pop. He is regarded by Colm Wilkinson, Brush Shiels and Johnny Logan, as one of the best singers to ever come out of Ireland.

Simply send an email to info@robstrong.ie and you will be in with a chance of winning this collector’s item