Maretta Dillon speaks to Derek Bell, Chief Operations Officer with the Retirement Planning Council of Ireland about their new programme, Working On. 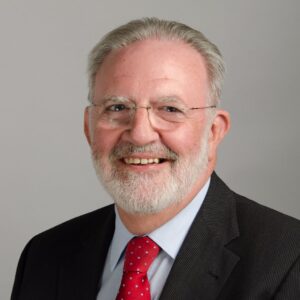 What is Working On about and who is it aimed at?

It‘s designed for people who must retire because they’ve reached the age of retirement in their contract of employment but don’t want or can’t afford to stop working.

How will the course work in practice?

The participants will have a day-long session with lots of info and content about staying at work. Then as part of the fee, they have an hour long one to one session within a month of completing the course. If they want, for an extra cost they can book some more one-to-one sessions.

Is knowing what you want the important factor?

Really that’s the start of the workshop. Most people think, this job has stopped so I’d better find another job. The new job will pay me money and then I can live a lifestyle. If we flip that sequence around and say what lifestyle do you want to lead? What work can you find that matches that lifestyle? And that pays you appropriately.

What areas are you going to concentrate on?

There will be three main areas of input: CVs and how you market yourself; what to do before, during and after the interview and how to answer the awkward questions; job searching. Really, there are only four ways that you can find a job: you can answer an ad; you can work with a recruitment agency; you can approach a company directly; or you can work with your contacts.

What are the advantages and disadvantages between the various methods?

Ads and recruitment agencies are working in the open space. Direct approach and networking is in the hidden space. Only about 30% of vacancies are in the open space and about 70% are in the hidden space. Most people who’ve been working for a long time and who begin looking for a job think, I’ll watch the ads, I’ll put my CV with a couple of agencies and I’ll be grand. They’re working where there is most competition because everybody looking for work sees those opportunities. And they’re much more likely to encounter age discrimination.

Are people sometimes too shy about using their personal contacts to find a job?

The secret with approaching people is never to ask them for a job. If somebody comes up to you and says are there any jobs going? You’re probably going to say no. However, if instead I was to approach you and say I’d love to know what it’s like to be doing the job that you’re doing, I’m looking for information. What I’ve done is appeal to your ego. You’re approaching your contacts in a different way, opening a conversation but not asking for a job. It is like a chain: information; advice; introduction. And in that chain, there’s work.

Do you think ageism is a big factor when it comes to older people looking for jobs?

Recruiters may think, this person is older than me, could I manage him or her? And one of the things that we’ll be emphasising is that anybody of any age can be hired provided they sell what they have to offer as a solution to the employer’s problem. So instead of thinking that job would suit me great. They need to think I would suit that job because… The biggest issue about ageism is often between people’s own ears, they think they are too old.

What is the benefit for employers?

When pension schemes were defined benefit schemes, employers didn’t want older workers because they wouldn’t be paying into the pension scheme long enough before they were drawing out a pension. When defined benefits changed to defined contributions that problem disappeared overnight because people were only getting back what they paid in. The other big thing that employers think about older workers is: this person has plenty of experience. I won’t have to be minding them, they will follow instructions, they know what to do. They’re used to the world of work.

Why are people even considering working in older age?

This whole idea came from the fact that a lot of organisations still have a retirement age of 65. But the state pension isn’t paid until age 66, is moving to 67 and will ultimately move to 70. People are thinking how am I going to bridge that gap?

Would you advise people to take a gap once their old employment ends?

You need to be very mindful. You are very employable for the first six months after you leave your employment. You’re employable for the next six months provided you do something, like for example upskilling, volunteering. It’s very difficult to get back to into work if you’ve been out of work for more than twelve months. Employers feel you’ve lost the habit.

How many courses will you run per year and how much does it cost?

We hope to do maybe four or five courses per year. It depends what the demand is. The cost is €325.00 for one day and one follow up session. There are extra sessions if wanted and these can be added on at an additional cost.

Spread the love
retirement Working on