No matter which way you look at it, it’s true and we try and remind people of this immensely important point every October during Fire Safety Week which starts on the 17th of October. 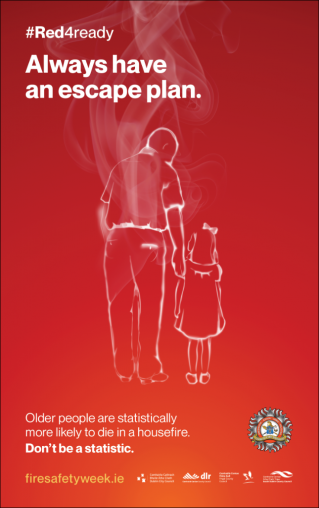 There’s a widely held belief that if your home catches fire, the smell of smoke will wake you up.  Nothing could be further from the truth as inhaling smoke and other toxic gases can put you in a deeper sleep. Brain death occurs when the brain is deprived of oxygen for as little as three minutes.

A working smoke alarm buys you time by alerting you to the presence of smoke and giving you a chance to escape from injury and potentially death. If you haven’t got a working smoke alarm, consider fitting one today. If you have a smoke alarm then please check it to make sure it’s in good working order (smoke alarms may be tested by pressing the test button with the handle tip of a floor brush).

In all with the help of the NDFEM and these groups 2000 detectors were supplied and hopefully by now all fitted. We hope to expand on this by working with these groups to install between 2500-3000 smoke detectors in people’s homes throughout Dublin in 2023. 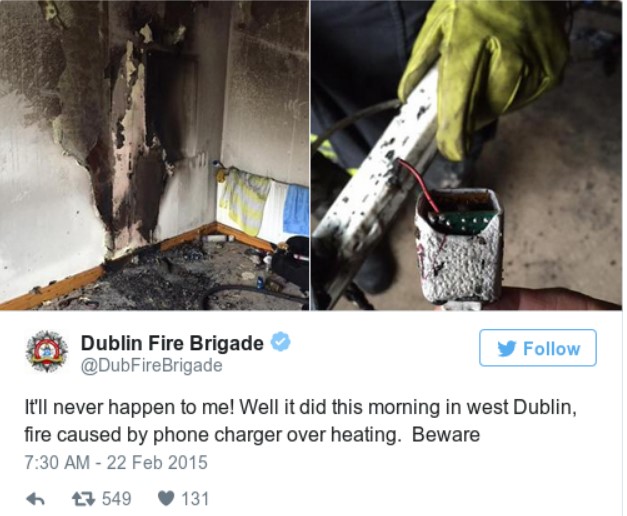 The two main areas of the home where fires occur are in the living room and kitchen however there has been a growing trend in bedroom fires. The sources of these bedroom fires have been identified as coming from hair-styling tools, while still hot, being left close to bedlinen and carpets, resulting in fire. The second source, which is becoming more prevalent, is from smart phones, electronic scooters and tablets being charged overnight, resulting in the device overheating and subsequently going on fire.

You can make simple changes in your routine that can significantly reduce the risk of fire in your home. Keeping candles away from windows and curtains and extinguishing candles when leaving the room is one way to keep you and your loved ones safe.

Checking electrical appliances to make sure that the electrical cables and plugs are in good condition and not over-loading sockets is another simple step to prevent fire occurring. Switching off televisions etc. at the end of the night is also advisable – did you know that when a device is in “stand-by” mode it’s still consuming 25% of the energy it would use if it was fully operational.

Have a plan for elderly or vulnerable people or visitors in your household. Have all emergency numbers ready to call in the event of a fire. Remember 112 or 999 in an emergency.

Finally, the simplest fire safety tip is to close all doors into the kitchen/living area at night. Closed doors can reduce fire growth, limit damage to your home, keep temperatures down, and may even save your life.

Check out the “Close before you doze” campaign www.closeyourdoor.org to see just how effective this can be